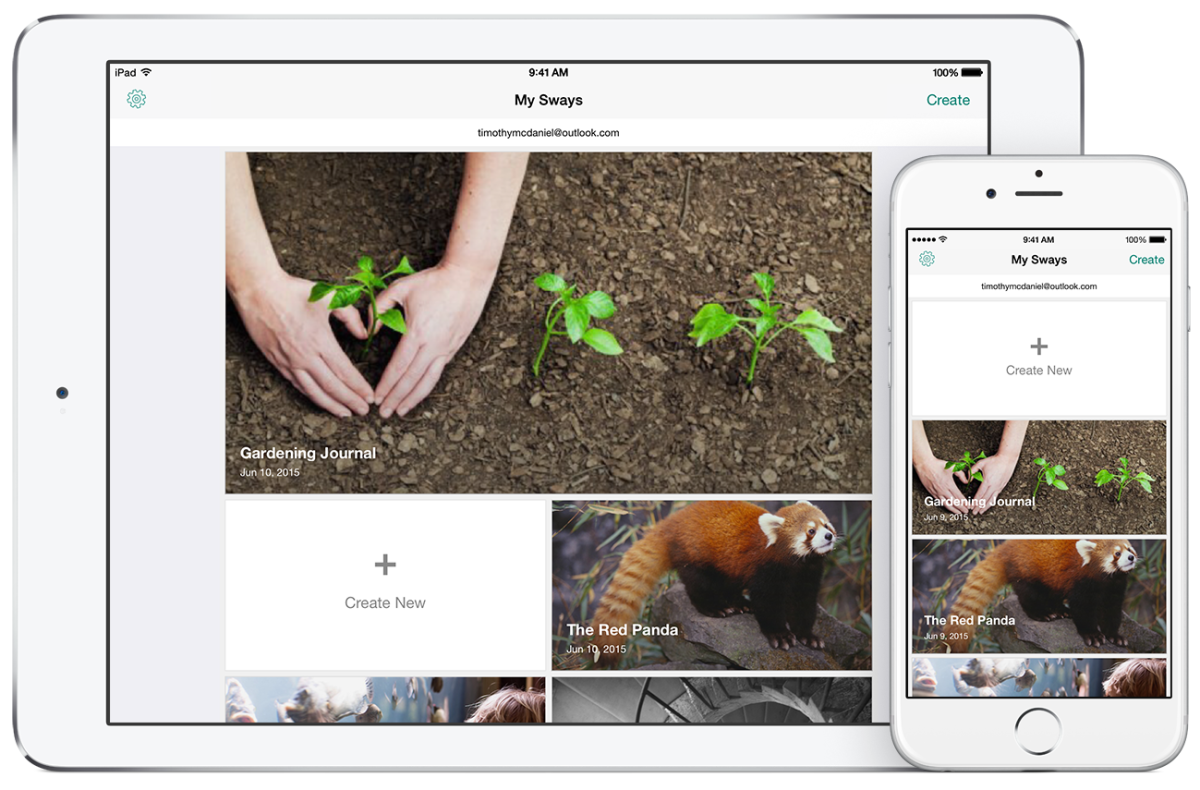 Microsoft launched its newest Office program, Sway, last October as a way to easily publish full webpage stories for whatever is on your mind. Up until now though, it’s only been available on the Web and iOS, so Microsoft today released an iPad version of the app and detailed an upcoming Windows 10 version.

Sway for iPad is, of course, optimized for larger screen sizes. You can create, view and share Sways in landscape mode, for instance, and a Remix button allows you to quickly try out new layouts and styles.

There are some new features on the iPad app apply to iPhone users too – Microsoft’s simplified the process for adding pictures video and text, and a new Edit and Preview toggle lets you switch go from rafting posts to testing how your audience will see them.

Meanwhile, Windows 10 will receive a native version of the app later this summer. Microsoft says the app will be touch-friendly and sync across all your devices (and the Web). A Windows 10 Mobile app is coming as well, but that won’t arrive until some time later.

If you’re on iOS though, you can head on over to the App Store to download the new iPad app or updated iPhone app.

Read next: iTunes U now allows students to turn in homework from mobile devices