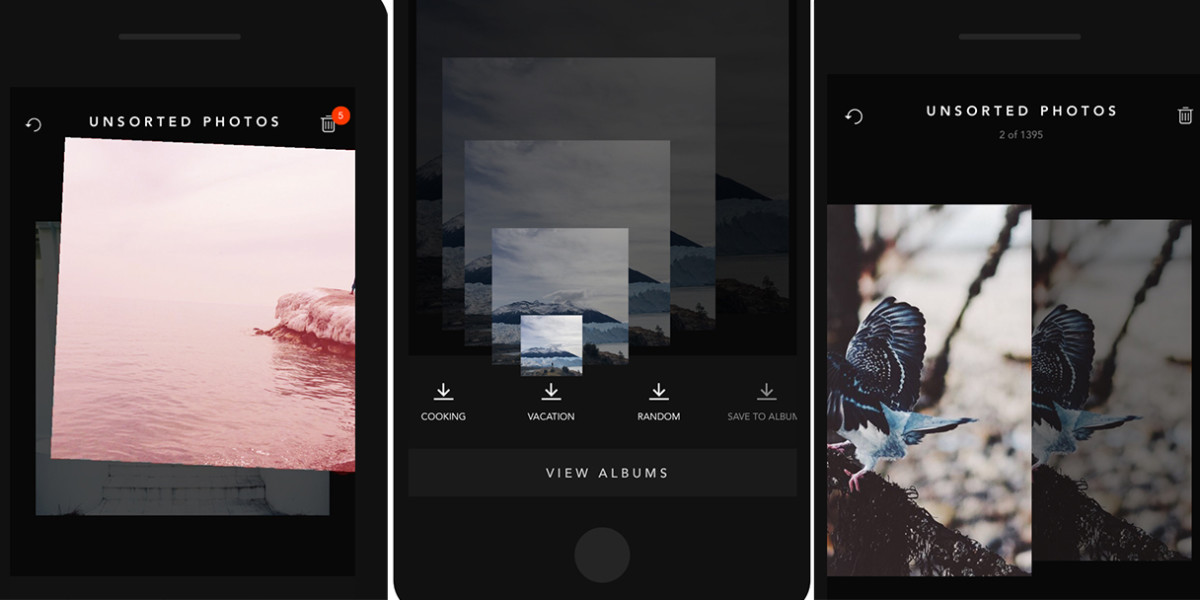 If you keep a large volume of photos on your phone, you know what it’s like to try and find a particular one from a specific day or shoot. While there are plenty of apps — notably Google Photos and Flickr — that can organize your collection via complex auto-tagging algorithms, that’s not the only way to do it.

Slidebox, currently available for iOS and coming soon to Android, offers a way to pull up each photo with a swipe so you can take a hard look at it and decide on the spot how to dispose of it. You can keep it in the general Camera Roll by swiping left or remove it by swiping up  — in a Tinder-esque movement.

But it’s not just a take it or leave it proposition. Slidebox also lets you organize photos immediately into albums. These can appear alongside the ones already in your Camera Roll. Once you create an album, just tap it to place a picture inside.

Trashing a photo removes it from the Camera Roll feed, but otherwise preserves it. Emptying the trash removes it from your iCloud library, but like the Photos app in iOS, you have 30 days to recover it from a Recently Deleted folder the app creates.

A corresponding iOS album will be created in your iPhone’s Photo Library by default but if you do not want to create an iOS album, you can toggle off the option to have the album appear only within the app.

At first I was a bit skeptical that such an app would be useful — there are so many photo organization apps and swiping is all the rage. However, I found Slidebox to be easy and convenient, letting me create as many albums as I choose on the spot without affecting the overall structure of my photo collection.

With Slidebox, anything you do can be undone, at least for 30 days. So if you want to switch a photo out of an album or pick it out of the trash — no problem.

Slidebox is available free for iOS and is currently in private beta for Android.