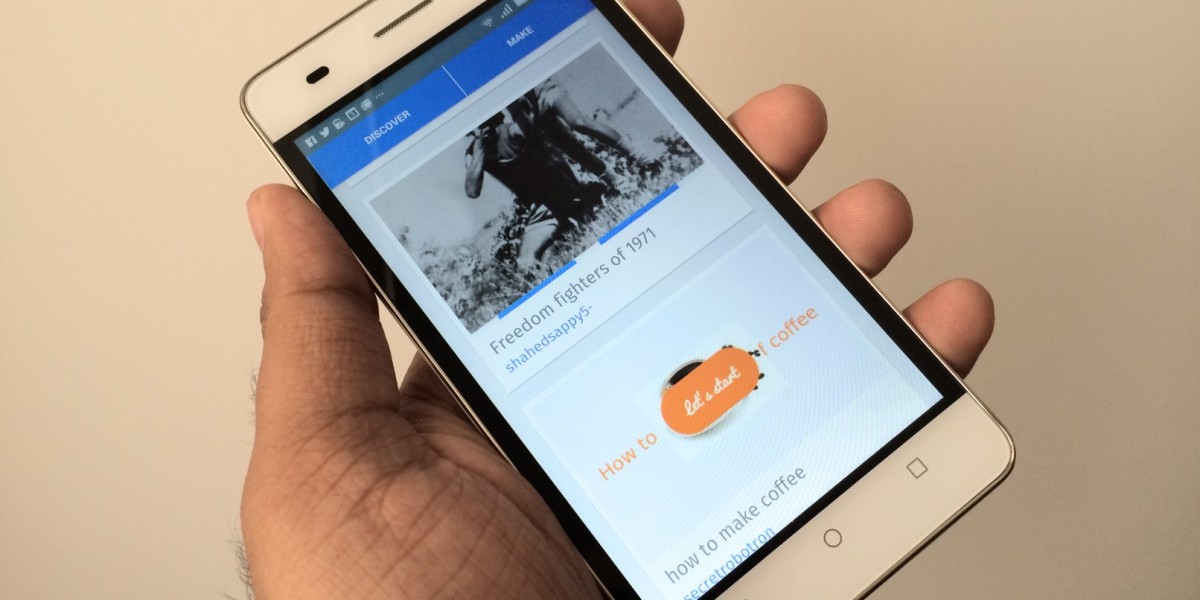 Nine months since it was announced, Mozilla’s Webmaker app for creating content in local languages has finally arrived on Google Play — albeit in beta.

The organization’s Webmaker program was launched in 2012 to let users across the globe create sites and apps easily. The Android app is limited to creating content with just text and images, such as photo galleries, memes and scrapbooks.

Fire up the app to create a project and you’re presented with a bunch of blank pages. You can add text, photos from your camera or images from your gallery and move them around to tell a story or share an idea.

Once your project is ready, you can share it with other users who can view and ‘remix’ them into their own creations. There’s also a gallery to discover more content from the community.

Webmaker is still very much in beta and will need a lot of work before it’s ready for prime time. The interface isn’t exactly intuitive and there aren’t any templates to work with, so you’re left to figure out how to use it on your own. With Webmaker’s blank canvas approach, that could be a problem for first-timers.

Adding text and images feels clunky and there aren’t many functions to manipulate your content, like a cropping tool for images. And although Mozilla says the app has been tested extensively by volunteers in Bangladesh, Kenya, Brazil, India, I couldn’t find a lot of content to view or remix.

Webmaker needs to be a lot more intuitive if it’s to be used by people who are getting online and trying smartphones for the first time. Still, it’s interesting to see Mozilla’s vision for a way for the world to create local content take shape.

Read next: Yo for iOS now lets you share pictures, even with groups

Read next: A peek at Fairphone's amazing new modular smartphone