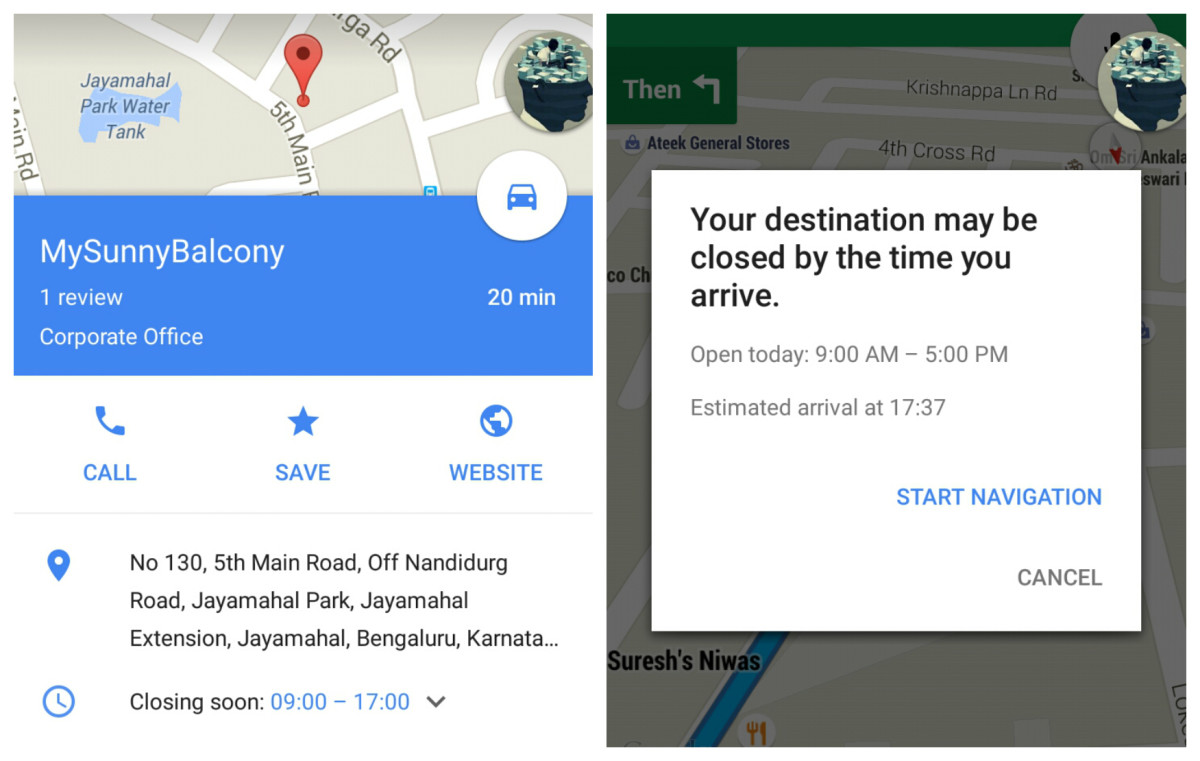 Google Maps has a new update that will save you the frustration of arriving at your destination after it’s closed.

After alerting you that your destination will be closed based on your estimated arrival time, the app will give you the opening hours for that particular venue.

While you could always search opening hours within maps, the new tweak makes it much easier to note closing times.

The update appears to be on Android only at the moment, but with the last update on iOS being June 8, I would hazard a guess that this will be rolling out there soon too.

Read next: Airbus is building 900 satellites to beam internet from space

Read next: Apple plans to edit the news and we should be worried