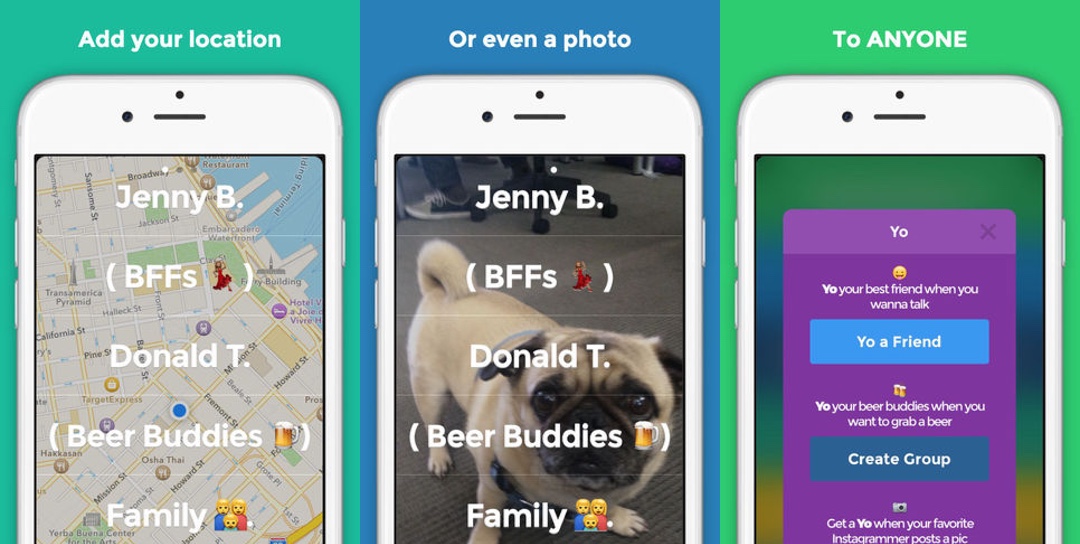 The simple messaging app Yo is now a bit more complex, but in a good way.

With version 2.0, Yo-ers (is that what they’re called?) can now send pictures to each other. Just like sending text, pics are simple and straightforward; no memes, no GIFs — just pics.

In addition to pics, Yo also has a new user interface for sending messages. Users now swipe left or right to choose what to send, and up or down to pick who they’d like to send it to.

There are also Yo groups, which lets you send a pic, location or ‘Yo’ to a selection of people.

Yo will also let you invite new friends, who can view your ‘Yo’s’ or reply without even signing up for the service.

And hey — there’s a new Yo inbox where you can find all your missed Yo’s, yo.

The update is live for iOS; the company did not specify if an Android update is forthcoming.

Read next: New Yo channel on IFTTT actually makes Yo kind of useful, almost

Read next: LastPass was hacked, but notes 'vast majority' of users are safe