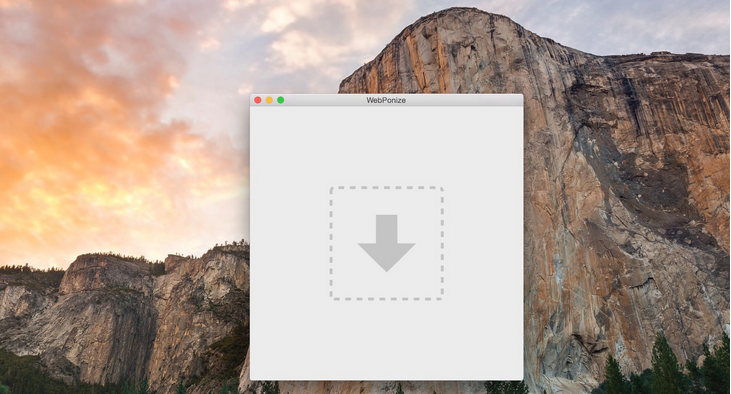 Google introduced the WebP image format in 2010, as a new open standard to speed up page loads. But it’s not been easy to convert PNG and JPEG files to WebP.

That’s precisely what WebPonize does. The simple Mac app, which has just been released in alpha, lets you drag and drop images to quickly get them into the right format.

You can grab WebPonize from the link below, where the developer is also soliciting feedback on this early version.

Read next: The best free stock image resources on the Web

Read next: Office 365 integrates Skype for Business chat and calls on the Web