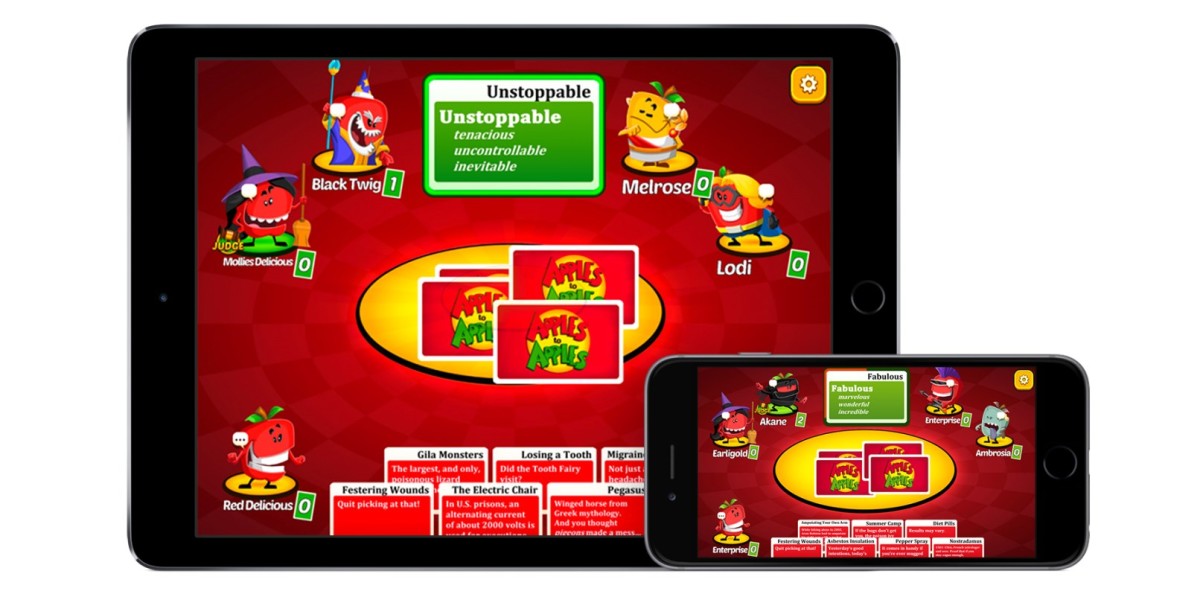 Mattel announced today that it’s launching a mobile version of its popular board game Apples to Apples for iPhone, iPad and iPod Touch.

The word comparison game supports up to five players in real-time and lets you connect with your Facebook friends for a round or two.

It also features a range of card pack themes to choose from, including geography, animals and dessert.

The object of Apples to Apples is to anticipate the actions of your opponents and outsmart them. Select the card from your hand — describing people, places, things or events — that you think is best described by a card played by the judge. If the judge picks your card, you win that round.

Read next: Awesome! Legoizer converts your photos into Lego murals