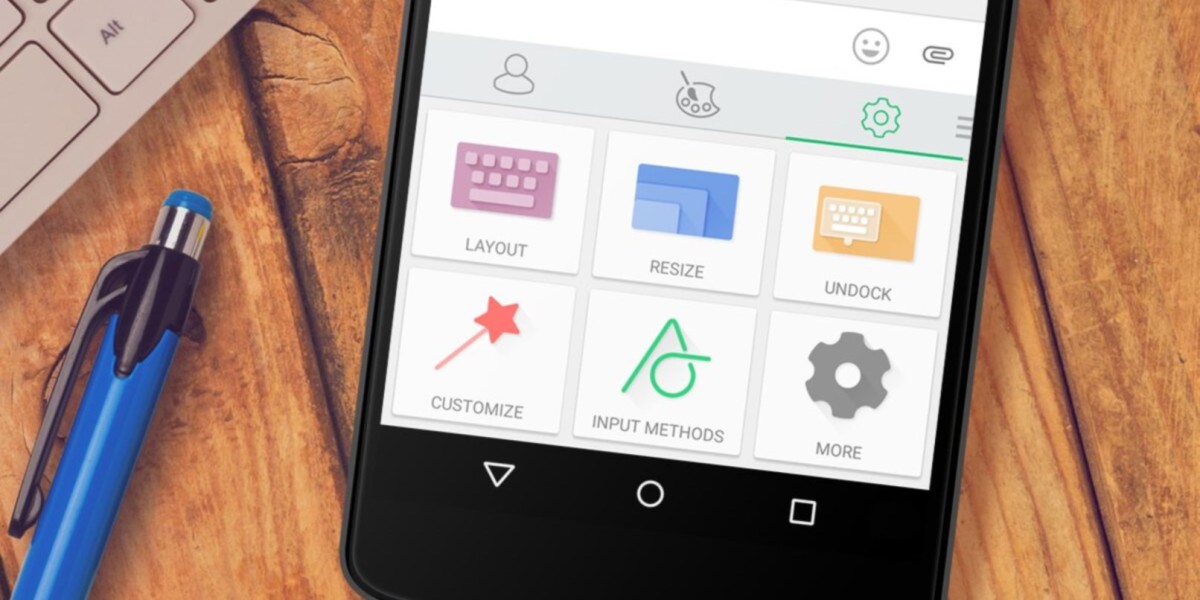 It’s been a busy month for Android apps, with news from big names – Periscope from Twitter lading on the platform for the first time and notable updates to Flickr’s mobile apps.

Then, of course, there’s the black-and-white photography app Lenka, and an overhauled version of QuizUp.

All you need to do is peruse the list below and choose your favorites.

If that is the case, there’s a good chance you’ll also like Snap Me Up, a new Android app that won’t let you silence your alarm until you’ve taken a selfie.

If you just want to set a normal alarm, you can do that too, but it sort of negates the point of downloading it in the first place.

There’s also a nap option if you just want a quick snooze.

MixRadio, once the preserve of Windows Phone devices, launched for iPhone and Android this month.

Just like on Microsoft’s mobile OS, it allows you to create personalized radio stations for free from its database of 35 million tracks – and allows you up to six skips per hour.

It promises to get better at curating your own station over time as it learns what you like, and what you don’t. Alternatively, there are some preset stations according to genres or specific themese.

Given how much noise there has been around live-streaming apps recently, there’s a good chance that you knew already that Periscope arrived on Android this month.

If you somehow didn’t, you do now.

Just like on iOS, it allows you to create a live broadcast of whatever you are doing and share it with the world. Or you could just watch other people’s streams, if that’s more your thing.

QuizUp shot to popularity at the end of 2013, but it took until this month for the company to significantly revamp the platform to put more emphasis on social interaction around gaming.

Indeed, alongside quizzing, the app now has full profiles and revamped UI to make it easier for you to find opponents based on age, topics, gender etc.

The update also ushered in support for playing QuizUp on the desktop for the first time.

Yes, Mistaken is a photo-sharing app, but it’s one with a very simple premise.

You take a photo, never see it and instead see a stranger’s photo in return.

Sound a bit weird? Perhaps. But admit it, you’re tempted to see what you’ll get in return aren’t you?

Thankfully, you don’t need an account or anything like that if you want to test the app out.

If you’re all about memes, Pext is an app for you.

In a nutshell, it makes it easy to create and send your own custom memes in messages across a whole range of services, as well as via its own network.

It’s not perfect (I can’t verify that the One Direction member above does indeed hate carrots), but the automated system certainly does make it quick and easy to whip up a customized meme.

SwiftKey is by no means new, but an update this month ushered in a whole new look and support for 9 more languages.

On top of that, it also got integration with Dashlane’s password manager, allowing you to automatically enter your credentials using the SwiftKey keyboard.

Bundle is a new Android (and iOS) app that allows you to organize all of your photos into ‘bundles’ for private sharing with a group of people.

The idea is that other members of your group for the event or outing can also add their own photos to the bundle.

Once the images are all bundled together from an event, the app then suggest the best photos to keep by flagging duplicate images and focusing on face and smile detection.

The basic version is free with unlimited storage of low-res files. A soon-to-launch $1 per month plan allows you to export bundles to your existing cloud storage service of choice, like Drive or Drobox, while a $5 per month option lets you make full resolution backups to Bundle’s own storage.

Microsoft’s Office Lens scanner app shed its ‘preview’ tag this month and made its way to the Google Play Store.

Once you’ve taken a scan of a receipt or document, the image can be converted directly into a Word document, PowerPoint slide or searchable PDF.

Scanned business cards can be sent straight to your OneNote account too.

This won’t be for everyone, but if you’re an e-sports fan, May’s update to Twitch will help make it easier for you to catch up on gaming streams that you missed.

The update rolled out across both Android and iOS and allows on-demand viewing of previous broadcasts for you to watch back at your leisure, providing the broadcaster enabled the option, of course.

Already available on iOS for around a year, Lenka, the black-and-white photography app from Kevin Abosch is now available on Android devices.

The app offers up a live viewfinder to help you set your monochromatic scene and allows for manual or automatic focus.

Brilliantly, or despairingly, Lenka doesn’t support the front-facing camera for selfies and nor does it have a flash option. You can shine a constant light though by pressing the light bulb button.

Sunrise calendar, now owned by Microsoft, was updated this month to include TV scheduling information.

OK, so it’s not the biggest update in this roundup, but if you’re a dedicated live TV viewer, knowing when your favorite show is on and getting a reminder in your calendar could well be appreciated.

Happily, it works in Europe as well as North America and contains schedules of more than 90,000 programs across 2,800 TV channels. Get to it.

Microsoft released a pretty cool tool for making hyperlapses this month, and there is also an Android beta version for you to test out too.

We described them as “dreamily smooth” and if you happen to be a Windows Phone (or Windows desktop) user, there’s a version available for you too.

In order to get access to the app on the Google Play Store, you will need to sign up as a beta tester first though.

Flickr chose May to roll out a massive update across all its mobile and desktop platforms, which ushered in a new look and options designed at making it easier to use.

With too many updates to detail here, you’ll want to check out the new Camera Roll, filters and freshly-added Instagram support.

There are also new tools to help you edit things like white balance and exposure (among other things) directly from your mobile. These edits are non-destructive, meaning you can restore the original photo at any time.

Wherever you stand on the debate about ad-blockers, this one is pretty straightforward.

It does exactly as it says on the box: it’s a browser that integrates the Adblock technology to…you got it, block ads.

Essentially, it’s just a slightly tweaked version of Firefox 37 for Android. In order to get access to it on the Google Play Store, you’ll need to sign up to the Google+ community.

If 15 new and updated Android apps aren’t enough to satisfy your needs, check out our roundup from last month, or our 60 of the best Android apps from 2014 post. Or if you’re an iOS user, you can check out our monthly iPhone and iPad roundup.