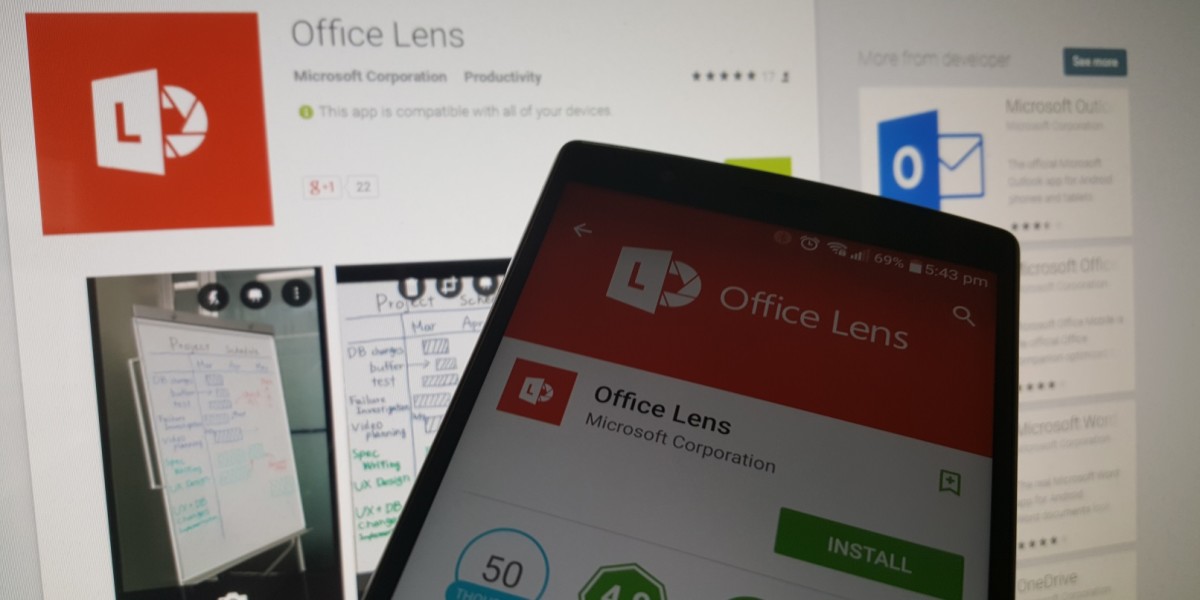 OK, so Microsoft may have taken its sweet time in bringing multi-platform support to the app. And OK, there are plenty of other Android scanner apps out there, but it’s better late than never for the die-hard Microsoft (and Office) users out there.

Once you’ve taken a snap to store a document electronically, the image can then be converted into a Word document, PowerPoint presentation slide or searchable PDF. Captured business cards can generate new contacts, which can then be sent straight to OneNote or added to your address book.

Office Lens has been available on Windows Phone devices since early 2014 and on iPhone since early April. As I said, better late than never.