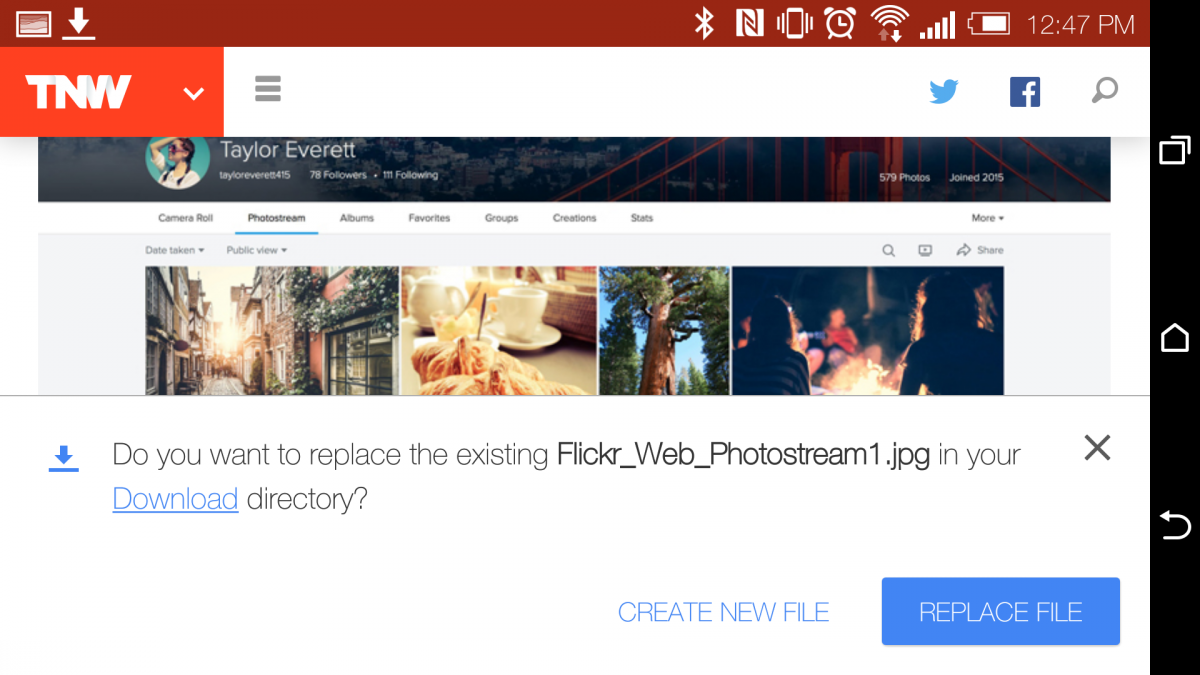 How many times have you re-downloaded a file onto your Android phone simply because it’s easier than trying to find it in a folder?

Google seems to be aware of this phenomenon, as the newest version of Chrome Beta will now ask you if you want to replace an existing file, rather than just follow the previous behavior of downloading a copy labelled ‘ialreadyhavethisfile(2).jpg’ or something of the sort.

It may not sound like much at first, but it’s a particularly useful addition on mobile where storage space is limited and file management is less common than on a desktop OS. A lot of Android phones don’t even come with real file managers by default for instance, so it could help stop less tech-saavy users from cluttering their phones.

Read next: Why your tweet about how people are voting in the UK election might be illegal