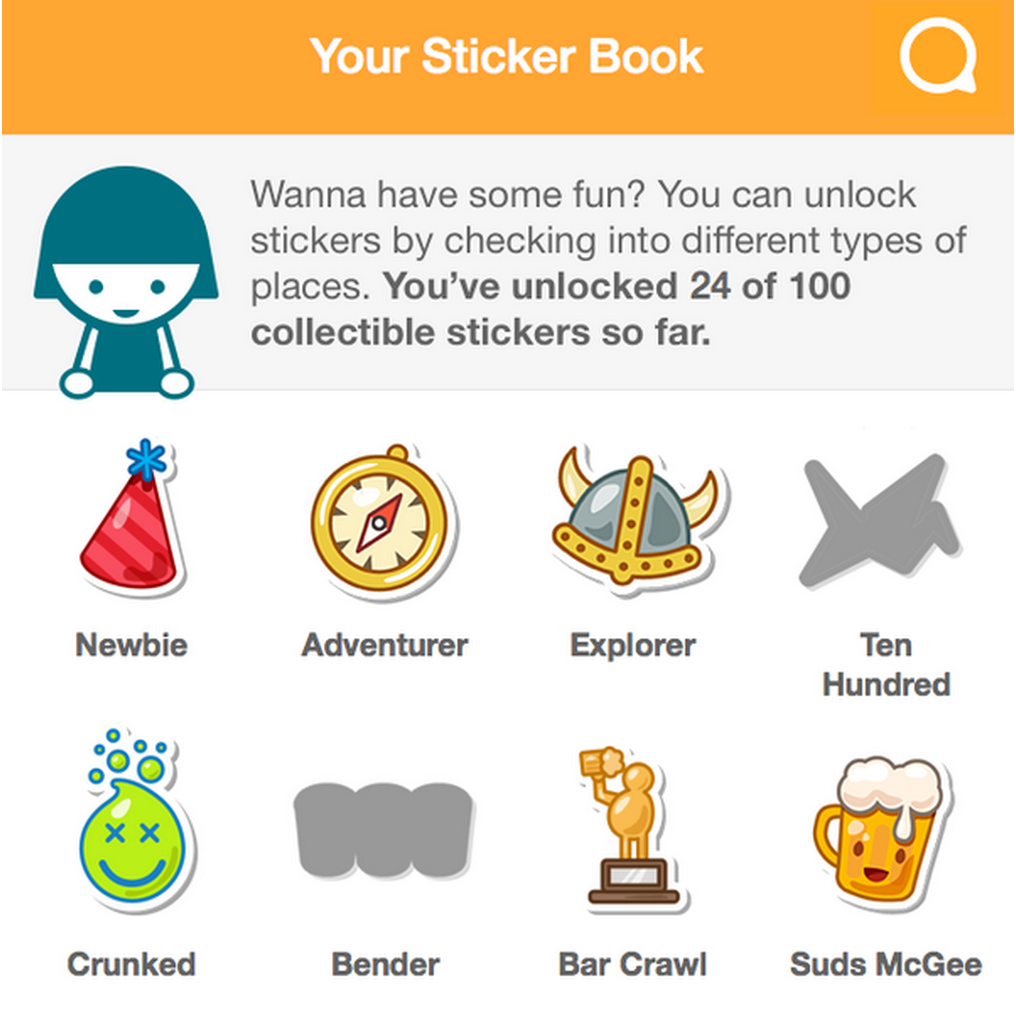 Ever since Foursquare broke its product off into two, fans of the app have long missed battling friends and strangers to retain mayorships of their favorite establishments. Well, miss no more: the company today announced that mayorships are returning to Swarm, along with a slew of new stickers that you can unlock and use when you check into places, send messages and upload photos.

If you used Foursquare before it turned into Swarm, you’ll recognize some of these stickers: Crunked and Bender, for example, are throwbacks to the first couple of badges you can earn when you start using the Precambrian version of the app.

Much like the old Foursquare, to unlock the stickers, you’ll have to check into a certain amount of places under the same category. To obtain the Mona sticker, for example, you’ll need to get yourself to several art galleries (as you may recall, the former version of the app called this the “Warhol” badge.)

For those who’ve abandoned Foursquare and Swarm after the app unbundled, this may just bring back the gamification factor they’ve missed since the split – even if it’s just a year too late.

The update is expected to roll out “soon.”

➤ Your old Foursquare badges and mayorships, evolved into a brand new game on Swarm [Foursquare blog]

Read next: We can confirm that due to decreased usage, Windows Media Center will not be part of Windows 10.