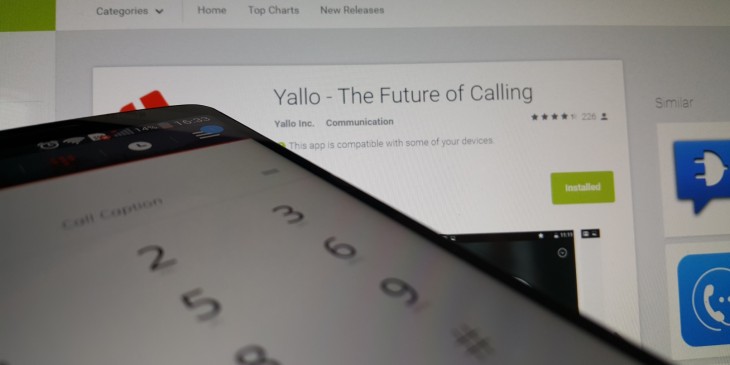 Yallo, a voice calling company that wants to add extra functionality to the humble phone call, has officially launched its app for Android devices today.

In a nutshell, the dialler lets users access functionality like call captioning (to let people know why you’re calling before they pick up) or recording at the press of a button. The company says recorded calls are archived and transcribed, making them searchable.

Yallo also has a ‘Connection Keeper’ feature, which automatically restores dropped calls without you needing to do anything, and you can also add new participants to a call part way through, or switch devices without hanging up.

As it’s VoIP that sits on top of your regular calling service, there’s no need to worry about changing phone numbers to use it. What you can do, however, is add new additional phone numbers to your account so you can use a different number for different people, should you desire.

To use Yallo, you’ll need to install the Android app and create a free account – new registrations currently get 400 free minutes, after which you’ll need to buy calling credit, which varies in price depending on where you’re calling. Yallo to Yallo calls remain free though.