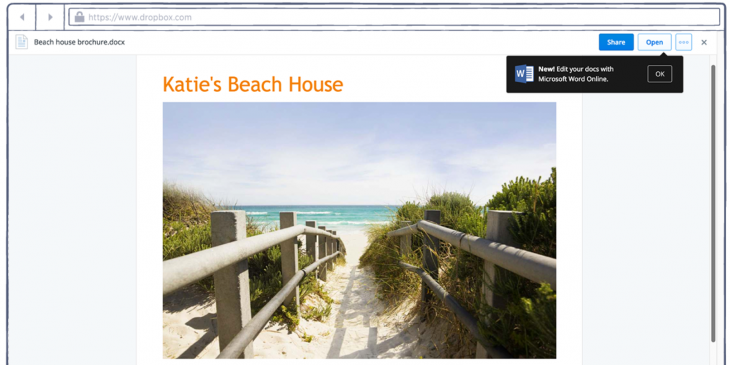 Dropbox has extended its integration of Microsoft’s Office productivity software by allowing users to edit Office Online files in their browser and save them directly to Dropbox.

While the two companies have already given Dropbox Business users the ability to edit Office files directly, extending this out to include Office Online – and crucially, allowing consumer users to access it – is a smart play for both companies wanting to entice new paying customers.

The result is that you can now edit Word, PowerPoint and Excel files stored in Dropbox from your browser, eliminating the need for desktop software. The feature builds on the recent improved previews, and allows you to jump from the directly to editing the document in Office Online – your changes are then saved back to Dropbox.

The companies said that Dropbox for Business customers with an Office 365 license, and Basic and Pro users, can start using the feature from today.

Read next: Dropbox’s most-requested feature: The ability to sync folders outside of Dropbox, probably won’t happen