Periscope released an update today for iOS that makes it easier to discover feeds from your friends and control who can comment in your own live streams. 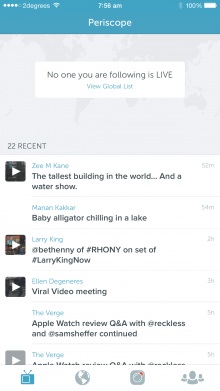 First, the company has rejigged the home screen of the app to only show broadcasts from friends. A new global tab shows recent streams from around the world.

This separation makes it much easier to discover broadcasts from those you know; previously they could be lost in the constantly flowing streams view.

The update also allows you to select a “follower only” mode for broadcasts where only those you follow can comment on your stream.

The change will help address a growing spam problem on the service and will mean that there’s a lot more control, instead of just allowing a free-for-all in the comments. 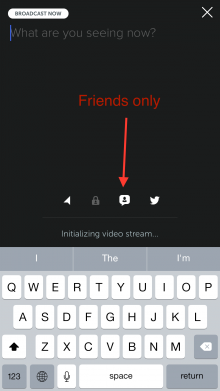 It also makes it easier to block people in a live stream. Periscope had a lot of spam and abuse, partially because it was previously a little tricky to block people when you were the broadcaster but the feature is two taps away. Just tap a comment and hit block!

A number of smaller changes have also been added, such as verified ticks from those verified on Twitter, “silky smooth performance” and a number of bug fixes.

You can grab Periscope’s update from the iOS App Store right now.

Read next: Photos for Mac: A cut above iPhoto, and a good start, but it's no Aperture