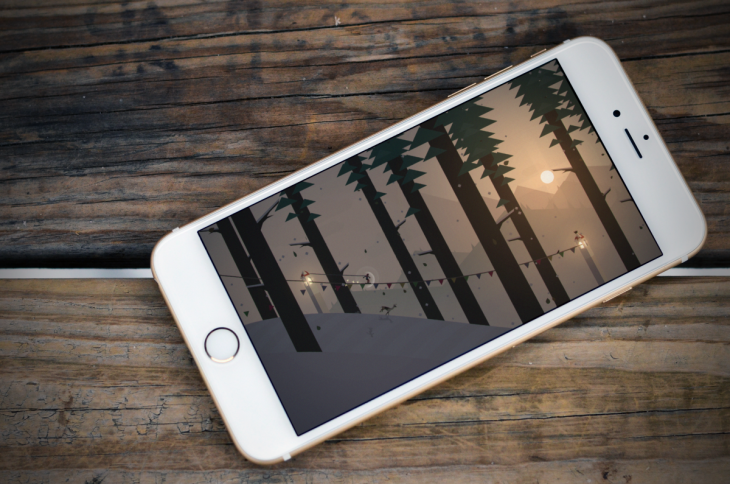 We don’t cover many games at TNW but occasionally one will pop up that’s worthy of the attention. Alto’s Adventure, the latest game from Snowman – which also makes productivity tools like location-aware reminders app Checkmark – is one of those.

The snowboarding-themed endless runner exhibits an attention to detail that really sucks you into its 2D world of ice, rain and escaping llamas.

You start playing as Alto – Spanish for ‘high’ – a mountain shepherd who hops on his snowboard to catch his escaping livestock, but you will unlock other characters as you go along. There’s the usual mix of coins and power-ups to grab as you make your descent and goals for you to hit as you progress. The controls are super-simple – tap to jump, tap and hold to execute backflips.

That all probably sounds pretty familiar. Where Alto’s Adventure stands out though is in its design. While the obstacles you face as you head down the mountain are randomized, the game moves through a cycle of day and night with the sun rising and setting. That means sometimes you’re playing at night, controlling the character’s silhouette as you move through dark forests, jumping campfires and seeing skies lit with lanterns.

The game features a range of weather, so you’ll encounter thunderous rainstorms, drizzle and snow. The way Alto cuts through the snow on the ground is beautiful with powder kicking up behind his board. Other little touches are subtly animated, from the character’s scarf billowing behind him when he jumps to flocks of birds and sunlight reflecting off ice patches.

I tend to play games on my iPad Mini without the sound on but you’re really missing out if you do that with Alto’s Adventure. The piano music is a great accompaniment to the action but it’s the noises of the forest and weather effects that really make the game feel immersive, despite its relatively simple two-dimensional world.

As you achieve goals, you unlock new characters and collect more coins to buy power-ups. A lot of the challenges are pretty easy to master but others can take a few attempts.

There aren’t any in-app purchases, which is a blessed relief. You advance through gameplay and are rewarded for your efforts. The developers say they were inspired by Monument Valley to make a game that you can just buy and play.

There’s a nod to social features with ability to challenge your friends via Game Center but that this is a largely solo game is definitely a selling point. iCloud support so your progress stays in sync between different iOS devices is also very welcome.

There’s an almost meditative quality to playing Alto’s Adventure and you can occasionally find yourself getting distracted by the design details. That said, I’ve definitely built up a minor addiction in the week or so I’ve picked it up.

Snowman says it has ideas for future episodes of the game depending on how successful this one turns out to be. I definitely hope we get to see more.

Read next: The MacBook Pro Giveaway