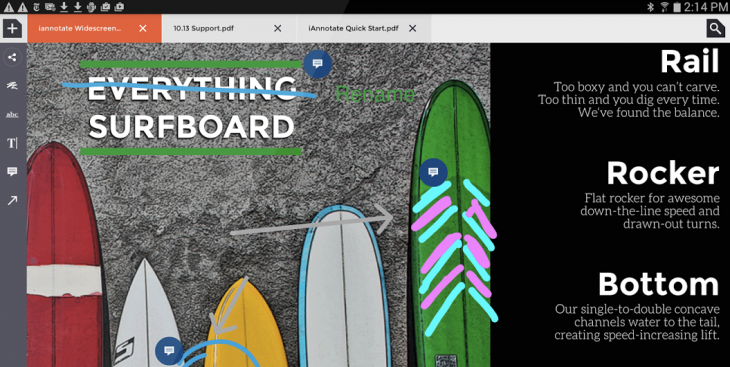 Working with PDF documents on an Android device can be a frustrating experience if you’re trying to make edits while on the move.

To tap into that market and potentially alleviate some of those frustrations, Branchfire has today announced the launch of its iAnnotate app on Android devices.

As a new listing and 1.0 release in the Play Store, this version is a clean break from its predecessor which was released a little over two years ago.

The new app no longer holds the $9.99 price tag of previous versions and is available for free.

iAnnotate for Android allows users to read, mark up and share PDF documents as you might expect, but the most notable update is to the interface, which has been streamlined for ease of use. 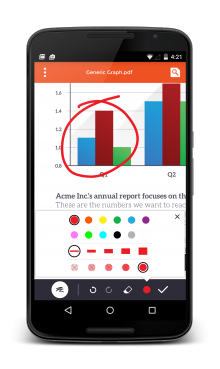 Users can also mark files using the iAnnotate pen, highlighter, typewriter, shapes, pop-up note, underline, and strikeout tools. Any annotations made in the app are fully integrated into the PDF and can be viewed or edited with external PDF readers like Adobe Acrobat or Mac Preview.

“In 2014, we invested heavily in reimagining iAnnotate. We wanted to allow customers to quickly record ideas, work with more types of content, and work across more platforms. The launch of iAnnotate for Android is a product of this investment and the first in a number of new product rollouts for this year,” said Ravi Bhatt, Founder of Branchfire.

A spokesperson for Branchfire also confirmed to TNW that a new version of iAnnotate for iOS is due to roll out in the near future.

Read next: Amazon is down for some users in Europe [Update: It's back!]