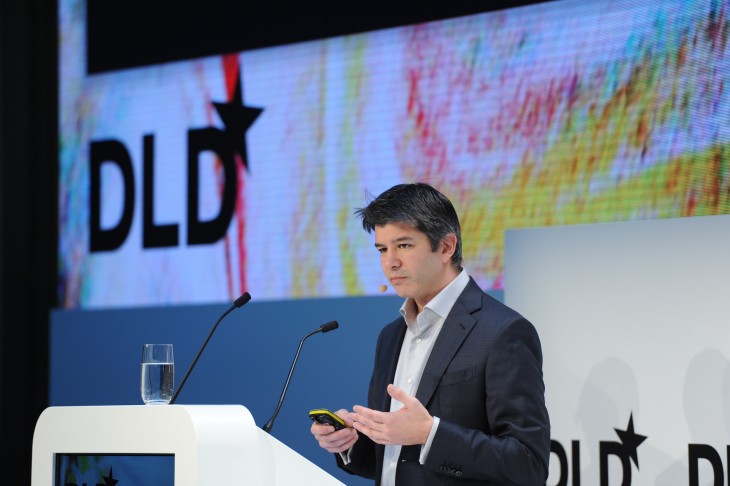 Speaking at this year’s DLD Conference in Munich, Uber CEO Travis Kalanick struck a conciliatory tone and promised the company would deliver 50,000 European jobs in 2015 if regulators and governments work with it.

Referring to the legal troubles that have dogged the company of late, he said: “We have challenges from incumbents. You may have read about them. Incumbents are often taking legal means to avoid progress.”

Questioned about the rape of a passenger by an Uber driver in India last year, he offered a polished, media trained answer:

“A situation like that is pretty terrible. All of us have mothers, wives, daughters, sisters. I understand. We want to make sure that never happens. There are things we can do when we’re onboarding drivers. There are things we can do to make Uber the safest way to get around. We can play a role in making cities safer period…I obviously have a huge amount of empathy and just feel terrible about these situations.”

While he didn’t give specifics on when Uber will institute further checks, he provided a little more detail on what they could entail: “What can we do to monitor cars and prevent things happening? Are there better ways to monitor whether someone is driving recklessly? How long have they been on the road? There are data mining techniques we can use.”

On the controversial issue of surge pricing, particularly in the wake of the Sydney siege, Kalanick struck a similarly gentle note:

“We have teams in every city we operate in. The teams in those cities are the sons and daughters of that city. In an emergency, surge pricing gets turned off but it gets tricky [as in Sydney] when you don’t know what’s going on but we can use technology to detect those situations.”

He said that in the case of the recent terrorist incidents in Paris, surge pricing was shut off quickly: “We saw the Charlie Hebdo incident happen in realtime and surge pricing was turned off in the whole city.”

The whole tone of Kalanick’s presentation and answers during the Q+A suggest he’ll be pursuing a more diplomatic tone in 2015 but there’s still the hint of a stick behind the carrot of those 50,000 potential new jobs.