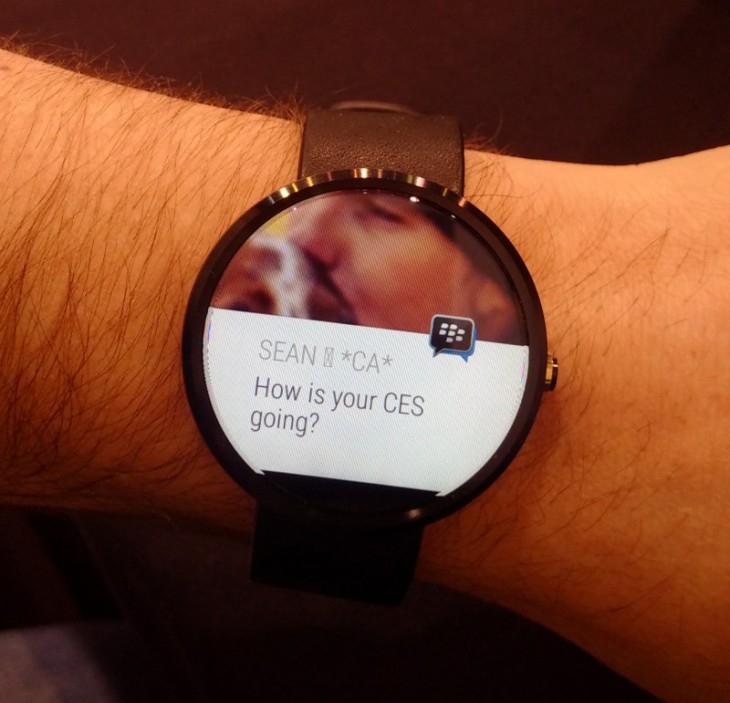 BlackBerry has today revealed a few details about how its upcoming integration of the BBM service will work on Android Wear devices.

When the Wear-compatible version arrives, users will be able to see who has sent a message and the content, as well as review and accept BBM invites while out and about. There will also be voice control options, allowing you to respond to messages hands-free, and a list of pre-canned responses for when you really don’t have time to reply.

BBM, once a strictly BlackBerry-only affair, is now available on a range of platforms, including iOS and Android, so it makes sense that BlackBerry would want to make life as convenient as possible for people who are using the service on rival platforms.

It will be available “soon,” BlackBerry said.

Read next: 3D TVs are dead at CES 2015 with the fight moving to 4K and curved displays