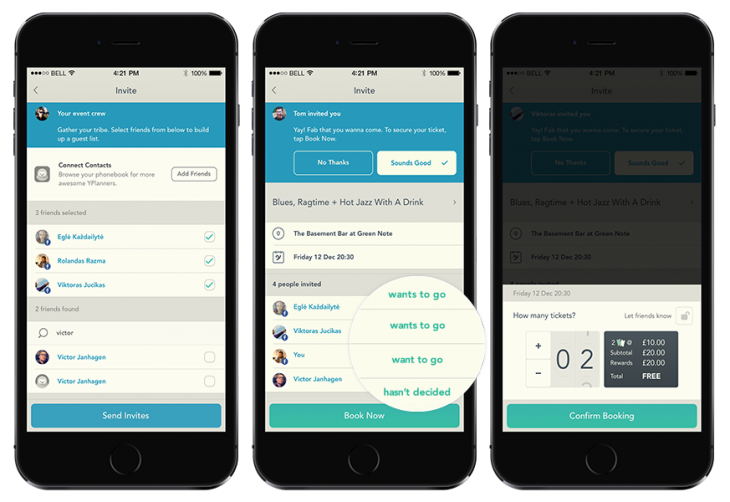 UK-based YPlan has ushered in the new year with a few new features aimed at making its ‘going out’ app an altogether more social experience.

Among the updates is a new invite system that lets you share events with contacts (via Facebook or your phone book) to test their potential popularity before handing over any cash. If they accept the invite, you know you can go ahead and book tickets, and if they decline it, you know there’s not much point.

The app also lets you just buy for yourself, or for the whole group – and provided they also have YPlan installed, you can send the tickets directly to their phone.

There’s also a new user feedback system (which goes alongside the existing critics’ reviews) that allows you rate an experience on a five-star scale, based on “quality” and “ambience”, YPlan said.

Last up is a tweak to your Preferences section that allows you to remove suggestions made by YPlan and better train its algorithm to your personal tastes.

The new features are available on Android and iOS now.