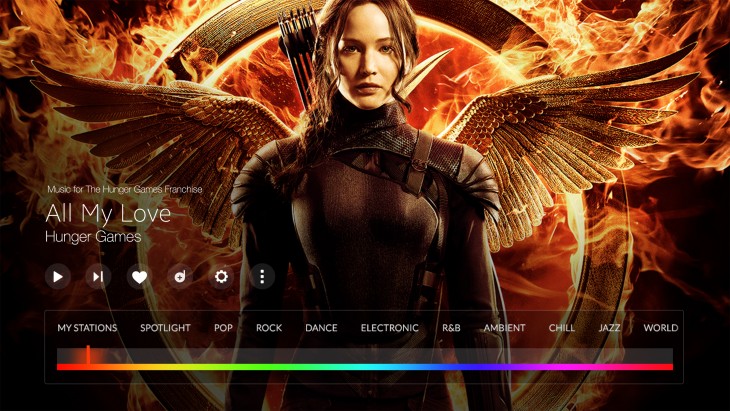 Samsung wants you to know that it’s Milk streaming service is still around; the company today announced that it’s bringing the service to even more devices.

Starting today, Samsung Smart TV’s can download the Milk Music app and will soon be able to get a Milk Video app, alongside a new web interface for the music service.

But that isn’t enough for the company; it’s also made Milk Video into a Virtual Reality app that works on the Gear VR. You’ll be able to download the app on a Galaxy Note 4 and watch 360-degree videos with new content delivered five days a week.

Samsung’s market share with Milk is negligible and still doesn’t appear on the radar for many when choosing a music service, but the company’s trying to make sure it’s available everywhere in case you do switch.

Read next: Apple's now selling the iPhone 6 and 6 Plus SIM-free in the US