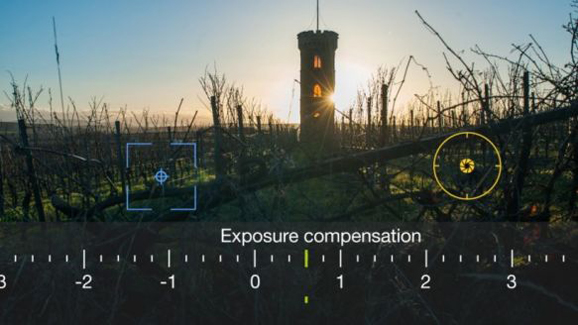 Given the sheer volume of photo and video apps I test every year, one of the quickest ways to judge which are best is to observe what actually maintains a ready position on my iPhone.

To extrapolate further, the ones that stay on my phone’s first pane within easy reach — instead of buried in a folder somewhere — are even higher on the food chain. ProCamera 8 ($2.99) is the only image shooting app that achieves that position alongside Apple’s built-in camera app.

When I see a shot that begs for special treatment — usually a dramatic landscape, street scene or portrait, I’ll tap Cocologics ProCamera 8 to get the best shot.

The app, like many pro-level cameras, attempts to emulate some targeted DSLR functions — exposure time, ISO sensitivity, color temperature, tint, stabilization — into a smartphone app. However, unlike so many apps that attempt this Herculean feat, ProCamera 8 is actually easy to use, with abundant visual sliders.

It helps that the app features a detailed control panel that you can adjust beforehand so you know exactly what controls to expect when you launch the app. The double arrow lets you quickly switch modes from photo, video, HDR, night, and scan (for bar codes).

In addition to its still function, a video module supports shooting at 120fps for the iPhone 5s and iPhone 6, complete with slow-mo playback. To top it off, ProCamera 8 is also an editing app, so you can bring in pictures you shot with your native Apple camera or other third-party cameras, and adjust them with numerous filters and editing tools.

Don’t forget HDR. Via a partnership with vividHDR (and available for $1.99 with an in-app purchase) a slick HDR capture capability completes this app nicely.

Any iPhonographer will appreciate ProCamera 8, which helps make even challenging iPhone shots look great. Yes, there’s a manual, and I do recommend having a look at it — not because the app is hard to use but because it does so many things that you’ll want to get the most mileage from it in every shooting situation.

Read next: How to consistently raise your own bar for business success