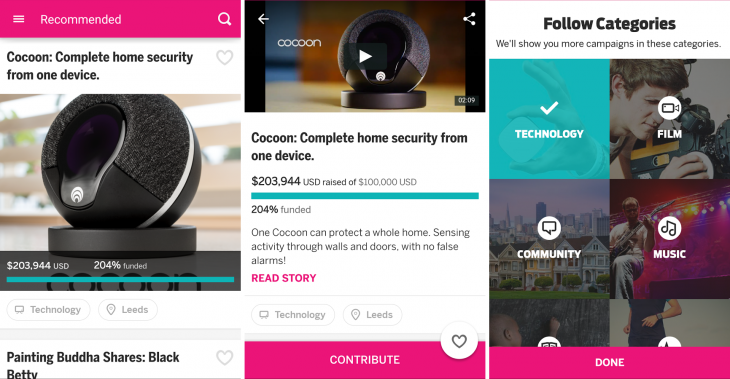 Following the launch of Indiegogo’s first native iPhone app for users in Canada in July, and its subsequent expansion around the world, Android device owners can get in on the action with an app of their own.

Just like the iPhone version, the app offers a list of recommended and favorite topics or allows you to explore by category, or project expiration date. There’s also a search function and the ability to easily share projects with friends, family or anyone else you care to recommend it to.

While Indiegogo took its sweet time in delivering that first app back in July, it has at least accelerated its mobile ambitions and released an Android version before the end of the year. Kickstarter, on the other hand, has had an iOS app for more than a year and a half, but there’s no sign of an Android app still as yet.