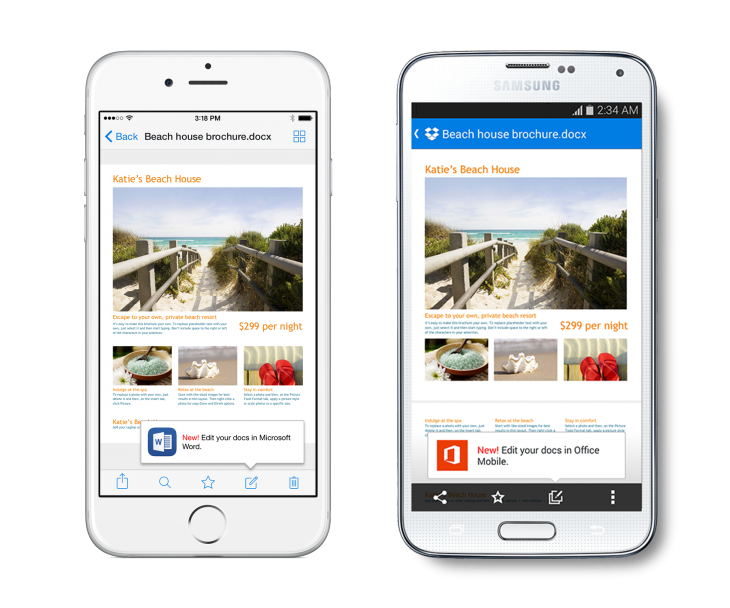 It was only earlier this month that Dropbox announced a deal with Microsoft to allow document editing capabilities from directly inside Dropbox, and today it’s actually rolling out for mobile users.

So now if you want to tweak that vital document while on the move without having to think about resyncing the changes to the file stored in Dropbox, then all you need to do is open and edit it directly. The integration works the other way too, allowing you to retrieve files stored in your Dropbox accounts directly from the Office apps. Currently, the functionality supports Office docs, spreadsheets and presentations.

For now, the feature is a mobile-only (iOS and Android) affair though – a desktop version isn’t expected to arrive until the first half of next year.

Read next: Sony Pictures hackers may have gotten inside help