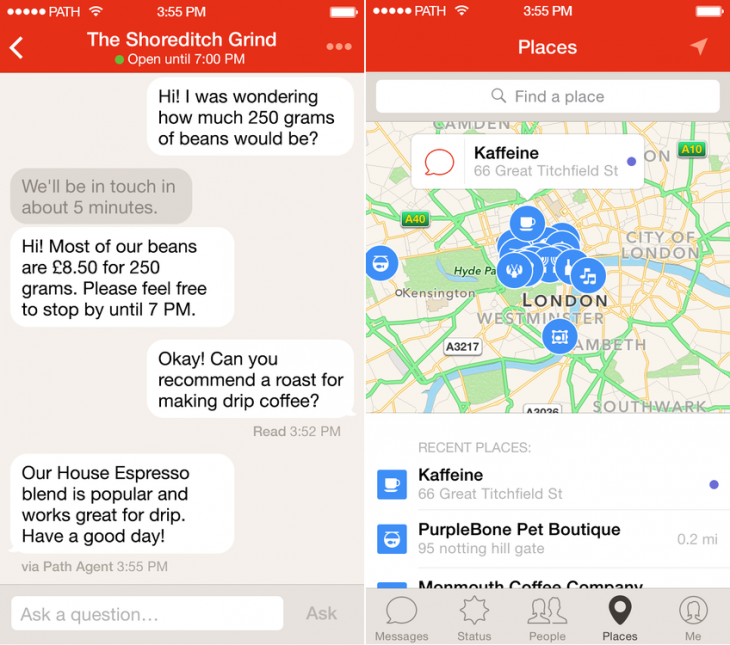 Photo sharing and messaging service Path has today announced that its Path Talk app Places feature is available in a handful of new countries.

Revealed in a blog post, the feature allows users to text local business in order to do things like check prices or stock levels, before making your way out to the store. The Places feature also allows you to make appointments and reservations.

While Places isn’t entirely new – it was first launched for users in the US and Canada – it hadn’t previously been offered to users in the UK, Ireland, Australia or New Zealand. Clearly, expanding those business horizons is as important for Path as much as attracting new users.

➤ Path Talk Places Goes Across the Pond and Down Under [Path]