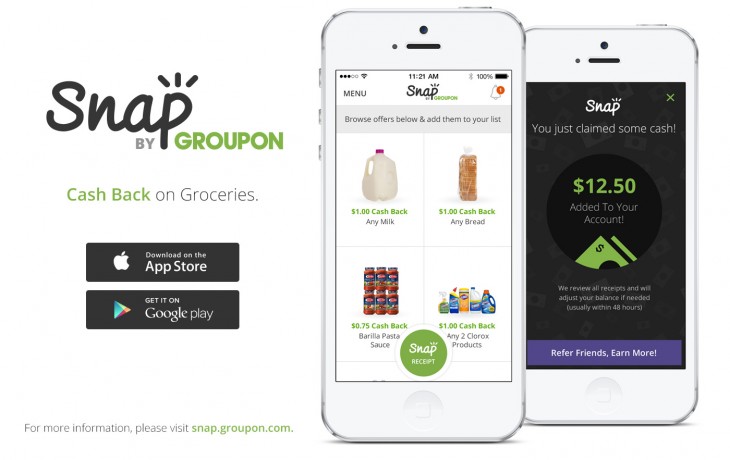 Customers in the US and Canada can peruse the app to see which items are included in the scheme – Groupon says roughly 25 to 30 products will be eligible at any one time – and then buy them from their preferred store as normal. When they’re done, the user takes a photograph of the receipt and Groupon will identify which cash-back offers they’re entitled to.

Once they’ve accrued at least $20 through the app, Groupon will send them the cash as a check in the mail. With the receipts, Groupon can provide brands with shopper analytics – specifically what’s in people’s baskets – so they can analyse consumer behavior and the success of their promotions.