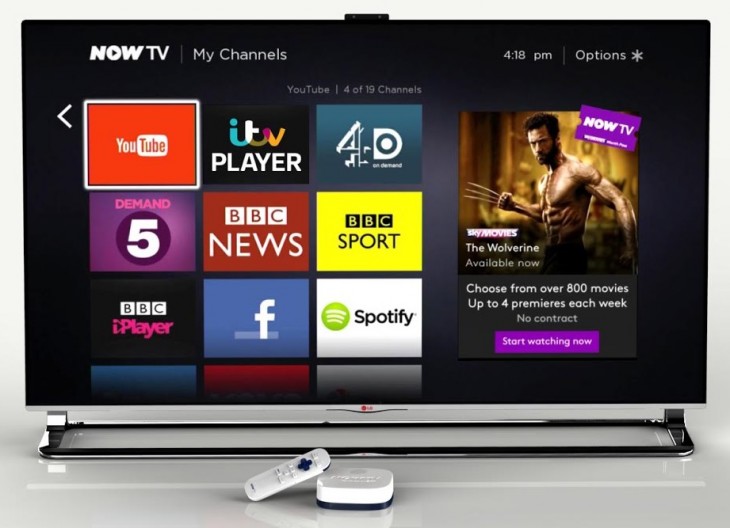 Broadcaster BSkyB has announced that its NOW TV streaming service now offers the full range of its Entertainment, Sport and Movie content to Apple TV users, having previously been restricted to just a Sports pass.

Offering both live and catch-up options, the passes are available to customers for a set fee, and offer an easy way for the company to extend the reach and revenues of its TV offerings to non-Sky TV customers.

It makes sense for Sky to include Apple TV in its roster of (more than 50) devices that support NOW TV, given the popularity of Apple hardware. In recent months, the company has brought a YouTube app to the platform and extended support to the Xbox One in a bid to compete with other streaming services like Amazon Prime Instant Video and Netflix.

Read next: Microsoft Lumia 735 arriving in UK on October 2 with Cortana digital assistant in tow