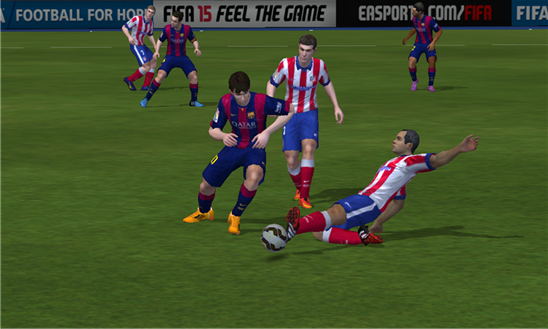 Good news for fans of the FIFA franchise – EA has launched FIFA 15 Ultimate Team (UT) for Android, iOS and Windows Phone this week.

FIFA 15 UT introduces more than 10,000 players from 500 teams, letting you build your dream team and see how they fair against your rivals.

Though the game itself is free to download, there are in-app purchases. For example, $2.99 gets you 300 FIFA Points, while $99.99 gets you 10,000 FIFA Points. The Windows Phone version also comes replete with Xbox Live support.

Read next: Nearly half of Apple's customers using the App Store have iOS 8 on their device