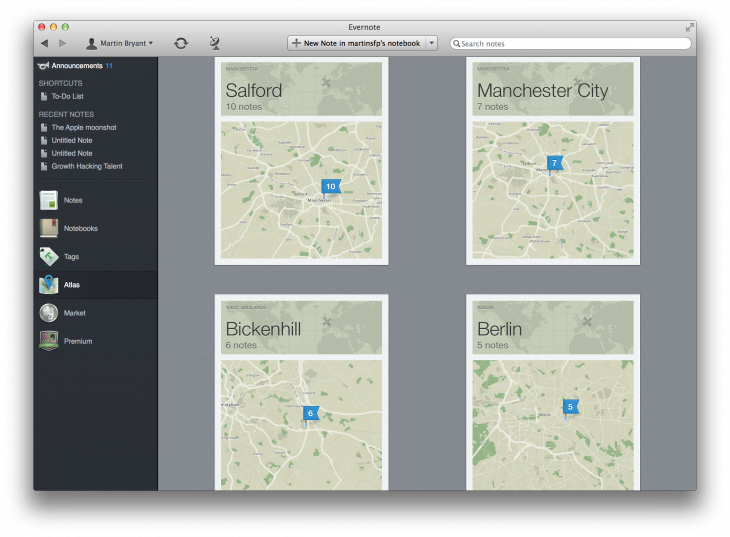 Evernote updated the Mac version of its note-syncing application today. The update brings a plethora of new features to the application that you’ve been adding your grocery list to.

In addition to improved syncing and larger checkboxes, the update brings the ability to dynamically resize images inline. Just grab the bottom right corner and drag to resize. It also now ships with an improved tables tool.

Mac users will also notice that in-app search results are now ordered based on relevancy. Plus, you can now search within notes via OS X’s Spotlight feature. Helpful when you’re not quite sure where you put that tidbit of information.

There’s also the usual bug fixes. “We fixed more than 500 bugs and 200 different crashes that users were experiencing,” Evernote’s Vice President of Marketing,  Andrew Sinkov said in a post. The company also says that the app launches more quickly. That probably has something to do with killing those 500 bugs.

Read next: Messaging app company Line says it won't hold an IPO this year after all