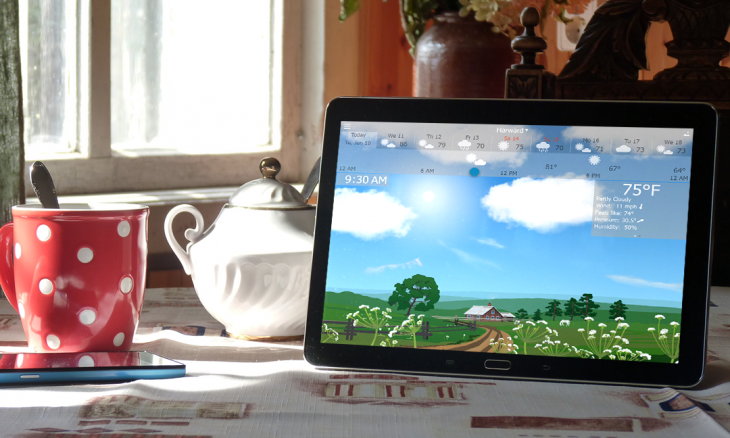 From subscription-based book summarizing platforms, to human search engines, we covered a lot of ground with new Android apps in August. Here, we filter through the noise to present you with our selection of the best Google Play newcomers from the past month.

In addition to basic file sending support, WeTransfer for Android lets you pause and resume uploads, as well as send files directly to anyone in your address book. You can also choose ‘groups’ of photos to send to friends en-masse.

Last month, Google finally brought its Google Now Launcher app to the Android masses, with support for all devices running Android 4.1 and later.

The app basically brings Google Now to your home screen, with a shout of ‘Ok Google’ activating voice search.

While it was debuted on the Nexus 5, it was subsequently released as a standalone app back in February, though it was restricted to Nexus and Google Play edition devices.

Blinkist is a subscription reading service for bookworms, with experts in their specialized fields providing abridged versions of non-fiction titles that can be read in 15 minutes.

Given the manual process, Blinkist only has around 400 books at the time of writing, though 40 new titles are being added each month. There is a decent selection of well-known writings, including Richard Dawkins’ The Greatest Show on Earth, Barack Obama’s The Audacity of Hope, and the 2005 classic Freakonomics.

One thing the world doesn’t need is another weather app. However, having built a solid reputation in the desktop and iOS realm, YoWindow finally arrived for Android last month too, so it’s worth a mention.

YoWindow features a ‘living’ landscape that reflects the actual weather outside your window. It’s a really beautifully designed app, even if it is entering a somewhat saturated space.

Ooloo is a quirky one for sure. The app lets you ask a question using your voice, but rather than garnering responses from Google or some other virtual assistant, there are human staff on hand 24/7 to find an answer.

It’s perhaps more geared towards the lazy or those who are in a hurry and can’t manually search the Web themselves. But it may include things like local restaurant recommendations in an unfamiliar city, translation requests, or the fastest route to the station. Basically it’s Let Me Google That For You, packaged as a service.

It wasn’t so much a new launch as it was a rebirth of what is still a very popular service. With Swarm already siphoned off for checkin-lovers, the Foursquare brand lives on for location-based recommendations.

A new tagging system called ‘tastes’ is designed to let you choose specific food, drink and venue types that interest you most. Foursquare delivers a list of suggestions based on your prior check-ins, though you can search for new ones too. It’s kind of like Yelp, on steroids.

Automatic life-logging diary app Rove arrived on Android last month, serving to “bridge the gap between apps like Facebook’s Moves (that track your activity) and those like Timehop that present old memories in an attractive way,” as we put it at the time.

It’s a private journal in its purest form, automatically logging the places you go, how you get there and the photos you take when you arrive – the idea being that you can look back and remember past events in detail.

Mobile photographers will probably wish to check out Afterlight, after the hitherto iOS-only app finally made the leap to Android last month.

Afterlight brings a broad range of image-adjustment tools and retro filters to the editing mix, including brightness, contrast, saturation, exposure compensation, highlights, shadows, temperature, sharpening and more. It’s already proven its worth in the iOS realm, so it should prove to be just as popular over on Android too.

Another app that made the jump from iOS to Android last month was SpinMe, the alarm clock app that only switches off when you physically get out of bed and spin yourself around.

It works thanks to the motion-sensing gyroscope now available on many smartphones, so when you’re awoken from the land of nod, you will be instructed to stand up, hold your device flat and spin in a circle. Annoying? Yup. But it’s all for a purpose.

Swing Copters is notable chiefly as it’s the handiwork of Dong Nguyen, the man behind the ridiculously popular Flappy Bird game that was pulled from the various app stores earlier this year for being “too addictive”.

With Swing Copters, rather than navigating a bird sideways, you are tasked with guiding a little helicopter’s vertical flight while avoiding hammers that swing from each gate. Like Flappy Bird, you get a point for every gate that you pass through.

Bound It lets you control which photos your friends see when you hand your phone over. Yes, it’s all about fighting ‘album peepers’, preventing them from swiping beyond your cut cat pics and onto your bachelor-party snaps.

Bound It lets you select which specific images you wish to show by creating an impromptu slideshow consisting only of the images you wish others to see. It’s not completely fool-proof, but it’s a useful layer of protection to stave off opportunists.

MIX is a new photo-editing app from the team behind the popular camera app Camera360, but with MIX, the focus is on giving photography enthusiasts the tools to create their own special effects.

MIX has a collection of more than 40 textures, 10 adjustment tools and 115 filters, letting you create original effects such as DSLR-style depth of field, as well as bokeh blurring.

Read next: Google sends invites for 'exciting new announcement' in India on September 15