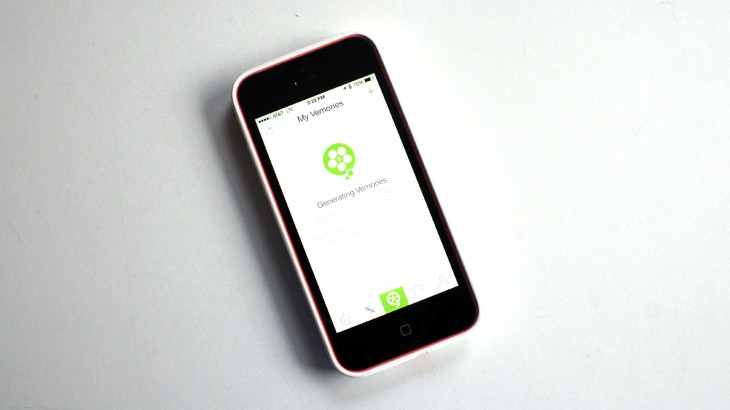 The digital world allows us to take as many pictures as we want and post those to all the social networks. But when it comes to aggregating the events surrounding those memories, it’s like trying to find a remote control in the house of a hoarder.

The Vemory (like memory but with a V, get it?) app creates photo albums from all your photos, either stored on your iOS device or on your various social network accounts. The aggregated photo albums are presented as movies with music and peppered with the comments left by your friends on the photos pulled from social networks. It’s a nice trip down memory (or vemory) lane that can then be shared back to your social networks.

To create a video, sign into Facebook, Twitter, Instagram, Tumblr and Flickr. The app then scours all your photos and surfaces albums based on time, location and popularity. You pick one of those albums, choose between one of four themes and choose some music. Unfortunately, you can’t pull in music from your iTunes library so you’re stuck with royalty free.

In addition to auto-creating albums, you can build your own and edit pre-made ones. Helpful if the social network comment that’s pulled by the app is less than appropriate for sharing with your family or you want to add or subtract a photo. The album it built from my CES 2014 trip included a photo of a receipt for a smoothie I planned on expensing. While important to my bank account, it wasn’t exactly something I wanted to share with my friends. It was simple to edit it out.

Vemory is also its own social network. There’s a feed of your friends or subjects. In that way it’s like Instagram. But it’s not just another Instagram clone.

What the world doesn’t need is another photo app and CEO Hunter Powell agrees, “we’re trying to fix the clutter. Creating another photo maker wasn’t going to help anyone,” Powell says. Vemory does for photos what Flipboard does for online news and articles.

Read next: There are 18,796 distinct Android devices, according to OpenSignal's latest fragmentation report