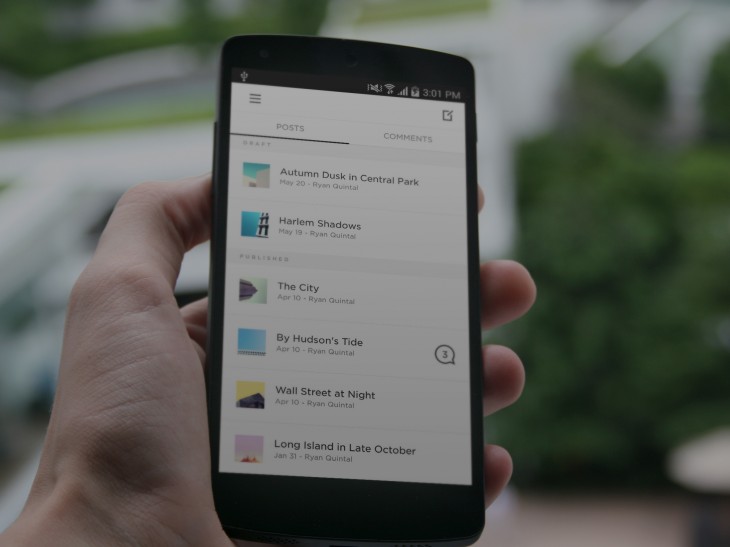 After launching a major overhaul of its iOS apps last November, the website building platform Squarespace is doing the same for its Android apps.

Today, the company launched two of its four iOS apps on Android in public beta: Blog and Note. The former is a complete app for managing a Squarespace site from a smartphone or tablet; users can easily create and edit posts, as well as moderate comments from multiple blogs. While writing a new post, customers can add photos, videos and format text – Squarespace supports Markdown, as well as its own LayoutEngine – before hitting publish.

Note, as the name implies, is a minimalist note-taking app that lets you jot down simple text files on the go. The interface is clean and almost entirely black and white; it also supports syncing with Evernote, Dropbox, Squarespace accounts and good old-fashioned email. It’s also worth noting that Note doesn’t require a Squarespace blog or account – it’s free for everyone to use.

Read next: Vine for music videos: Mindie's iOS app gets more ways to be creative as it finds its niche