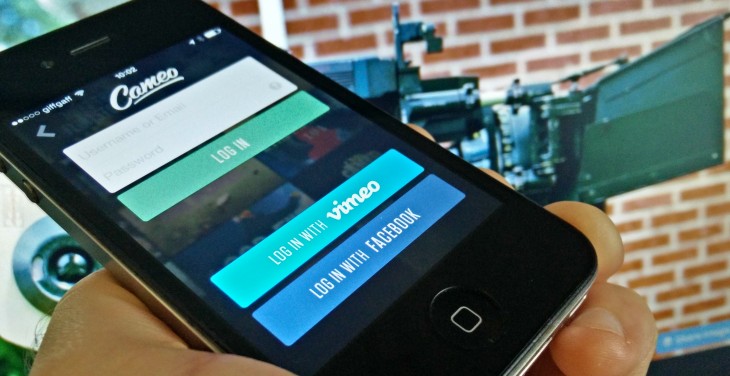 Almost four months after Vimeo snapped up Cameo, the stylish video-creating iPhone app has been given its first major lick of paint by its new owner.

To recap, Cameo launched initially for iPhone in October last year, entering what was already a pretty crowded space. While there are similarities with short-form video-creating apps such as Vine and Instagram, Cameo takes the concept further by offering a two-minute maximum sequence length, though individuals clips can be no longer than six seconds long. You can change the order of the clips, add music and invite friends to contribute with their own footage too. That’s Cameo in a nutshell, at least.

The Vimeo tie-up made sense on many levels too, given that it was already a long-established figure in the online video space, operating in the shadow of the mighty YouTube. And today, Cameo has been given its biggest upgrade yet, including deep Vimeo integration and an overhauled interface geared towards promoting music discovery.

As you’ll note when you log in now, it’s promoting an artist called Bear Hands, which is added to its existing music catalog for use in any short film you create.

Music is playing an increasingly integral part of the core Cameo experience, as it looks to connect the dots between creators, viewers, and music artists.

“Film soundtracks often inspire an emotional connection between a viewer and the musical artists, so music discovery is intrinsic to the Cameo app,” explains Cameo VP Matthew Rosenberg. “Now that we’re part of the Vimeo family we’ve been able to focus solely on building out the areas that differentiate Cameo in the video-app creation space, including music integration.”

Yes, Cameo v1.7.0 is all about the music, with a whole new soundtrack browser, genre-sorting and an interactive element that lets you preview tracks.

Furthermore, Vimeo is now pushing its brand front-and-center, letting you sign in with your Vimeo credentials and share your Cameo creations directly to Vimeo once you’ve completed them, or retrospectively.

The updated Cameo app is available to download from the App Store now. There’s still no sign of an Android incarnation on the horizon either, though it does say that it’s “open to exploring” the platform in the future.