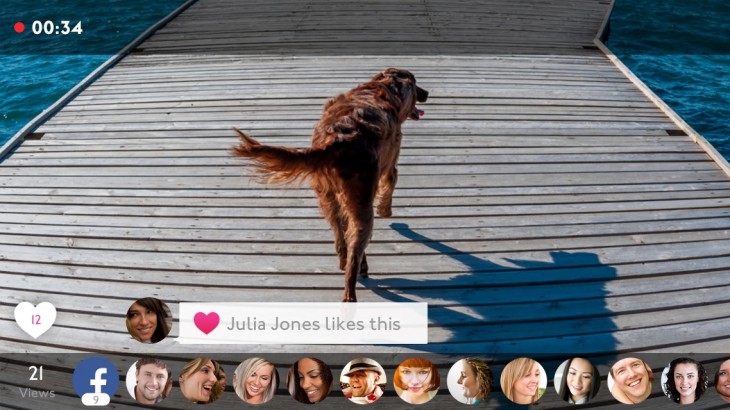 Livelens has launched a Google Glass app for its live-streaming service, allowing users to share video in real-time from the head-mounted display. The new Glassware joins Livelens’ existing iOS and Android apps.

While third-party Google Glass developers are still figuring out how to put the headset to good use, live-streaming is one of the key use cases that benefits from the form factor. Unfortunately, Glass’ battery capacity isn’t quite ready for continuous streaming, but apps like Livelens and Livestream could come in handy for broadcasting shorter events.

The Livelens service includes social features, such as liking and commenting on videos, as well as support for sharing to Facebook pages and monetizing your content.

Interestingly, Google temporarily pulled the built-in video call functionality from Glass back in April because the current experience wasn’t up to its high standards.

Read next: Nest reintroduces its Protect smoke alarm with lower $99 price but no wave feature