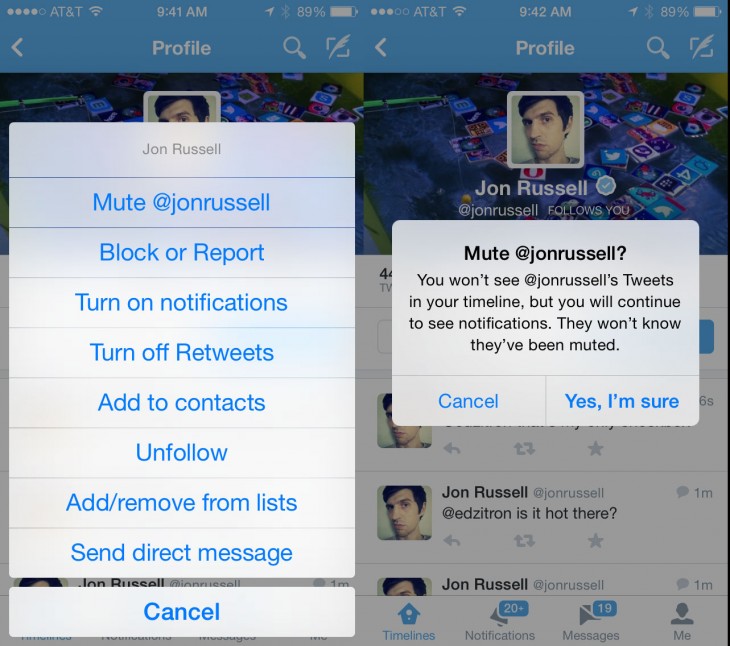 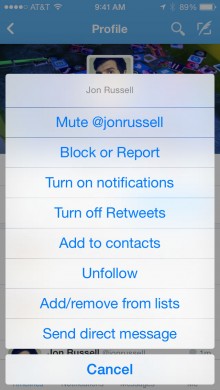 Twitter is once again experimenting with features via its official app. The mute function hides an account’s tweets from your feed, but still lets direct messages and notifications through. Unlike Tweetbot’s mute feature that can be limited to a day, week, month, or forever, the official Twitter app feature is forever by default.

Twitter has a history of experimenting with features. In a blog post about the social network’s ongoing tests, vice president of Engineering, Alex Roetter said, “It’s rare for a day to go by when we’re not releasing at least one experiment.”

And while the recent experiment of removing the @ from tweets might irritate hard core users, it’s hard to think of anyone that wouldn’t welcome a mute feature. Since mute is such a popular feature in Tweetbot and Tweetdeck, this experiment could hit prime time soon. Plus, I wouldn’t be too surprised if hashtags and topics were added to the mute list before wide release.