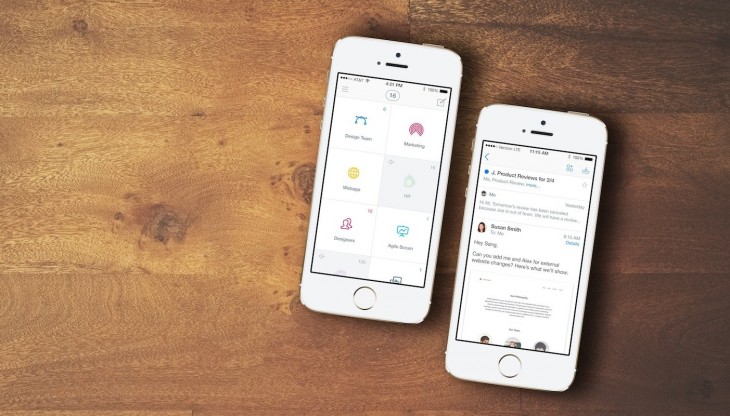 Gmail users have a myriad of options for accessing their emails on the move. Specifically for iPhone, there’s the beautiful Mailbox for starters, or less fussy folks may be perfectly happy with Google’s very own incarnation.

Now, SquareOne is throwing its hat into the ring, as it attempts what many, many others before have it attempted: to filter through the email rubble and bring order to the chaos. We managed to grab a quick hands-on with SquareOne ahead of the launch today and we were impressed.

Currently an iPhone-only affair, SquareOne’s core raison d’être is in showing what’s important to you at a glance, by moving your messages into groups (created by you) of senders. Here’s how it looks.

To remind you about just how much email you get, when you first launch the app SquareOne serves up some pretty sobering statistics on your email usage. As you can see from this, my inbox is more overloaded than 78.8% of heavy users, and in the course of one month I receive nearly three thousand emails, taking an average of 15 hours to reply to each one. Instinctively, that all sounds very correct.

To start with, SquareOne sets up a handful of default zones/groups to get you going, but you can create as many as you like. You can also move them around and reposition them as you see fit.

When creating a new zone, you can give it any name you like and also allocate it an icon, of which you have many to choose from.

To sort a contact into a ‘zone’ just swipe left on any given email, and then select the relevant group. All emails from that sender will now automatically go to that group. Also, if messages in a given group can wait your attention (e.g. if you want to delay actions on dealing with all your emails marked as ‘Work’), just swipe right to silence these notifications only. This is a really nice touch, as it happens.

To compose an email, you can just hit the little downwards pointing arrow at the top-right of your screen, where you’ll see the option to ‘Compose’, ‘Edit’, ‘Mark All as Read’, and ‘Move All to Archive’.

As a Gmail user, for both work and play, I have to say Google’s gotten pretty good at separating the wheat from the chaff. Its auto-filter feature is generally pretty effective, siphoning off all in-bound communications into Primary, Social, Promotions and Updates. One thing it’s worth noting about SquareOne is that much of it still feels very manual, though that’s not necessarily a bad thing.

Sure, it will automatically send emails to pre-designated folders, but it would be good to see a little more automation from elsewhere. From my 3,000+ emails a month, many of these are one-offs, new contacts, or very infrequent senders that I may not wish to allocate a zone to. It would be good to see these automated to a degree, though I confess I’m not entirely sure how that could work.

While there are elements of SquareOne that remind me of Mailbox, I think that’s more in terms of the slickness and general usability, rather than specific features. Indeed, what SquareOne does here is move away from the vertical-scrolling inbox you’ve no doubt become accustomed to, and replace it with a dashboard of folders, for want of a better analogy.

Of course, this won’t be to everyone’s liking. There is a lot to be said for being able to scroll through all your emails chronologically and see them in a single view. For that, you’d perhaps be better of sticking with the standard Gmail client. However, it’s that exact scenario the folks behind SquareOne are trying to kick out of play.

There’s an impressive team behind this startup, who proclaim to use principles from psychology and cognitive science to feed the design principles here. It’s all about minimizing unnecessary mental overhead, the company says.

CEO and co-founder Branko Cerny has a B.A. in Psychology, and had a stint working in marketing at Google before launching SquareOne. Then there’s Weidong Shao, who spent five years on the Gmail team at Google, while Arthur Conner was previously an iOS engineer at Insightly and WunderRadio.

“We are not primarily aiming to make a more powerful email client, but a less overwhelming email experience,” Cerny tells us.

Whether SquareOne can ultimately differentiate itself enough from the competitors out there, remains to be seen. But it has launched an incredibly slick, impressive product out of beta after more than six months of iteration. For now, it only supports Gmail, which is a shame, but we’re told that universal IMAP support is on the horizon, and – drum roll – a version for Android too.

SquareOne should be going live in the App Store any time now.

Read next: FreedomPop unveils an anonymous, encrypted phone service that you can pay for with bitcoins