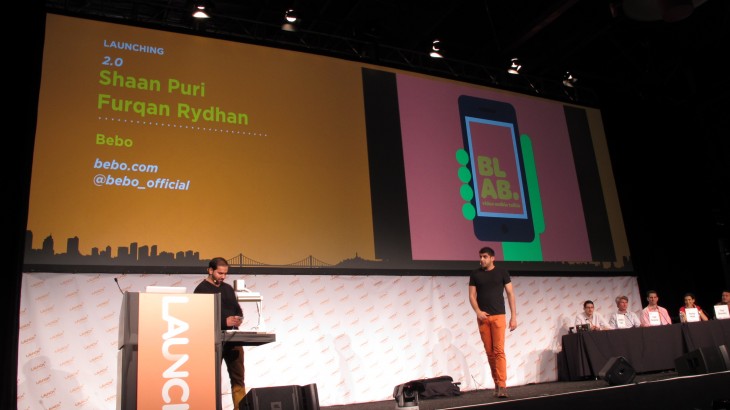 In July 2013, entrepreneur Michael Birch spent $1 million to buy back Bebo, a company he founded and sold to AOL for $595 million. A couple of months later, Birch announced the rebirth of his creation through the use of a ‘ballsy’ video. Today, Bebo is kickstarting its revival with the debut of Blab, a video messaging service that allows you to send ephemeral notes to anyone.

This isn’t a rebrand of Bebo and when you look at it, you’ll immediately think of it being a “wannabe” Snapchat. 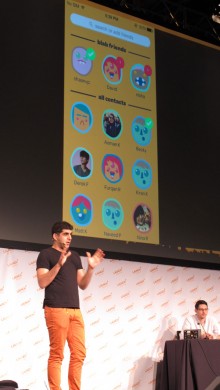 The application is billed as being “like FaceTime, but on your own time.” Users need only press on the screen to record and then release to stop. The recipient can review the video in the same manner — hold tap on the screen to view and release to end. Once viewed, the message will be removed from the app and the phone.

Shaan Puri, the CEO of Monkey Inferno, the tech incubator behind the revival of Bebo, says he believes that this will allow users to express themselves how they want without having to worry about what they’ve said in the past.

Currently, Blab will only allow users to send messages to another person. However, in future releases, multiple recipients are planned, in which case it will be in a “blind carbon copy” basis. The app also will work across multiple platforms — doesn’t matter if you’re on iOS, Android, or if you don’t have the app.

Unfortunately, Bebo hasn’t come up with anything really unique — it’s facing competition from Samba, Snapchat,  and others.

It’s important to note that while Bebo has announced its latest mobile app, it’s not going to be available quite yet for people to download and use. However, this is the first of three apps that Bebo will be releasing this year. Puri says that each one will focus on doing one simple thing exceptionally well.

Read next: LinkedIn goes after China with a new joint venture and a localized Chinese-language site