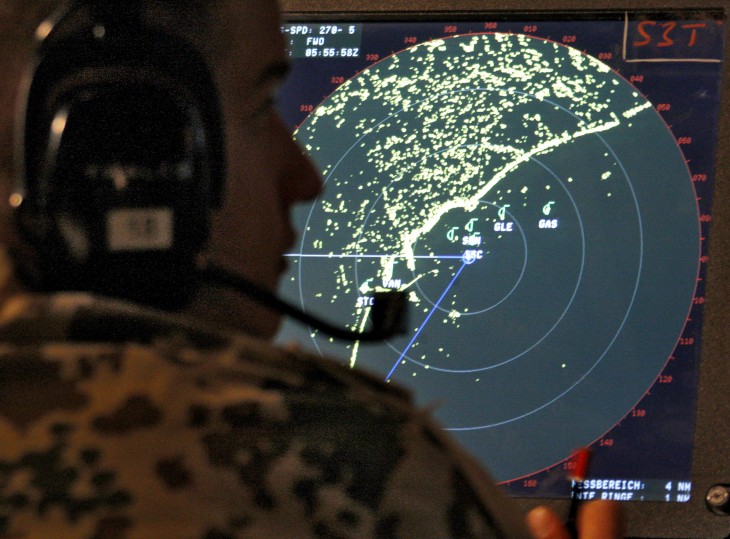 SocialRadar has launched as an iPhone app that combines location data from social media services like Facebook, Twitter, Foursquare, LinkedIn, and more to provide you a snapshot of where all your connections are.

The new app has two components to it. The first is allowing it to bring in data from your other social accounts. Most of the usual suspects are covered. You use your Facebook credentials to login, but you can pull data from Twitter, Foursquare, Instagram, Google+, LinkedIn and your iPhone.

SocialRadar’s second purpose is to act as a real-time ambient location, similar to Highlight, Banjo and the now-defunct Sonar. Frankly, the ambient hyperlocal craze has died down quite a bit, but the problem still has yet to be solved.

Co-founder Michael Chasen, who previously founded Blackboard, came up with the idea for SocialRadar while spending time on campus for his former ed tech startup. For years, he’d watched students leading trends like Facebook and Snapchat, and then he noticed that they were using location sharing to keep in touch.

“I’ve always been fascinated by the fact that there are a billion smartphones around the world that are location beacons,” Chasen told The Next Web.

He wants to cross-reference all that data so that users can know who’s at a meeting ahead of time, or walk into a restaurant and see who’s there.

“All that information is out there, but no one’s put it together to make it so it’s relevant,””he said.

Once you connect your profiles, you’ll see groups of contacts based on how you know them. You can also filter by category, such as employer, where you went to school professional, interests, demographics and venue.

You can expand your “radar” range from as narrow as 25 feet to a global view, and you can, of course, plot your friends’ locations on the map.

If you want to dive deeper into the app, you can set up IFTTT-style alerts for certain situations, such as when alumni from your college are nearby, and send messages to other users.

Despite the existence of several other location apps, Chasen believes SocialRadar has accomplished something no one else has tried with its combination of a social dashboard and real-time updates. In his view, users have specific purposes in mind when they share location data on social networks. Foursquare is for going out, Facebook is for life events and vacations, Instagram for when you’re taking photos while out.

“Only by aggregating all those different locations together [do you] get a sense of where people are around you,” he said.

While the app is currently iPhone only, SocialRadar says it’s planning on releasing a Google Glass app in the next few weeks, followed by an Android version.

The concept of SocialRadar appeals to me, but there’s something kind of off about its current implementation. The interface has a clean iOS 7 look to it, but it manages to feel awkward and impersonal. Depending on how it’s handled, location data can be creepy, and I couldn’t shake the feeling that I was doing something almost inappropriate while looking at everyone’s status updates.

I do, however, love the serendipity of finding out one of your friends is in the someplace through Foursquare, Twitter Instagram, so having everything in one place is great. I suspect SocialRadar will really shine at an event like SXSW, so I’ll give it another try in March. We’re definitely interested to see how this app develops.

Read next: Tesco Mobile won't charge its UK 4G customers any more than those on 3G