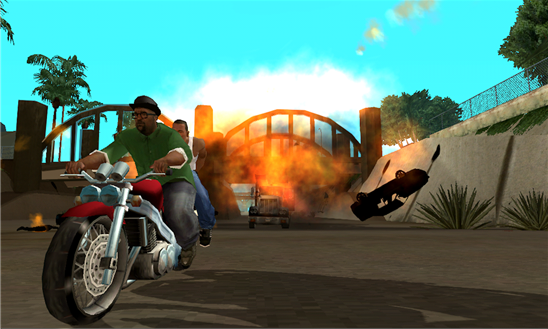 A little more than a month after it first landed on iOS and Android, Grand Theft Auto: San Andreas has arrived for Windows Phone 8 users too. Developer Rockstar originally launched the game for the PlayStation 2 way back in 2004, and it has now been remastered for touchscreen mobiles.