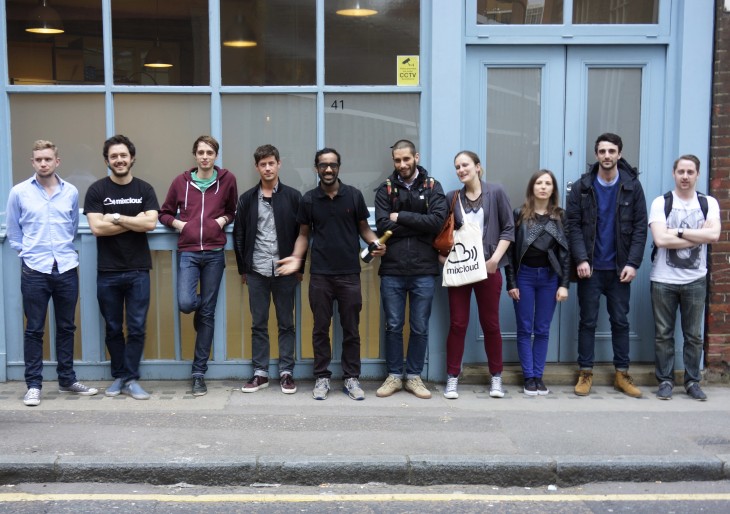 Mixcloud, the music streaming service for DJ sets, radio shows and other long form audio content, has launched a redesigned version of its Web platform called Mixcloud X, which promises a faster and slicker experience for users.

For the redesign, Mixcloud said it looked to its experience with its recently updated iOS and Android mobile apps, and now includes things such as new customisable Profile and Cloudcast pages, as well as an overall new look and feel.

As playing audio is really what it’s all about, Mixcloud has paid attention to playback and introduced features like the Play Queue option to allow users to create their own on-demand stations by lining up hours worth of shows.

The player, which now docks persistently, also offers quick access to the track list/queue (shown above) and other controls too, streamlining the whole listening process.

Under the hood, the platform has some smarts too – consider it ‘a Shazam for radio’ that scans every uploaded show to automatically generate the tracklist for the listener, which is handy, to say the least.

The company boasts that it has more than 500,000 content partners on board and has a catalogue of over 3 million shows that range “from music to talk radio with strengths in curated music, focused in EDM, hip-hop, jazz, funk and world music”.

Mixcloud X access and access via its iOS and Android mobile apps remain free, thanks to that brand-funding.

Whereas most services focus on delivering individual tracks or artists listeners want to hear, Mixcloud’s ‘long form’ approach to audio means that the average length of an upload is over 40 minutes and the average listening session is “well over” 20 minutes, according to the company.

Read next: Coinbase adds two-factor security for when users send more than $100 of Bitcoin