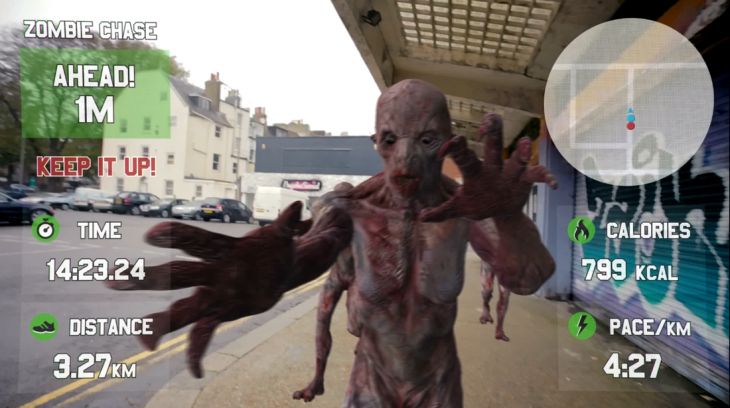 Fitness apps seem like a perfect fit for Google Glass, given that the head-mounted computer is devoid of wires and requires a minimal amount of input from your digits.

Race Yourself is a promising piece of Glassware that, using augmented reality, gives you an avatar to compete against in the real world. Over 30 game modes will have you racing against yourself, a giant Indiana Jones-style boulder and even hordes of zombies.

It’s a similar premise to fitness app Zombies, Run and augmented reality experiences such as SpecTrek, although we expect the Google Glass implementation will be more appealing to fitness enthusiasts.

The app will also support multiple activities, so you can cycle against the Peloton in the Tour de France or skydive through virtual rings in the sky. If you’re struggling to keep up with your fitness regime this could be a fun, effective way of staying motivated and beating your records.

Race Yourself has a working beta version of the app and will be launching a pre-order crowdfunding campaign later today on its website. The video below will give you an idea of what the Google Glass app will look like in action:

Read next: oTranscribe is a simple and useful free Web app for transcription