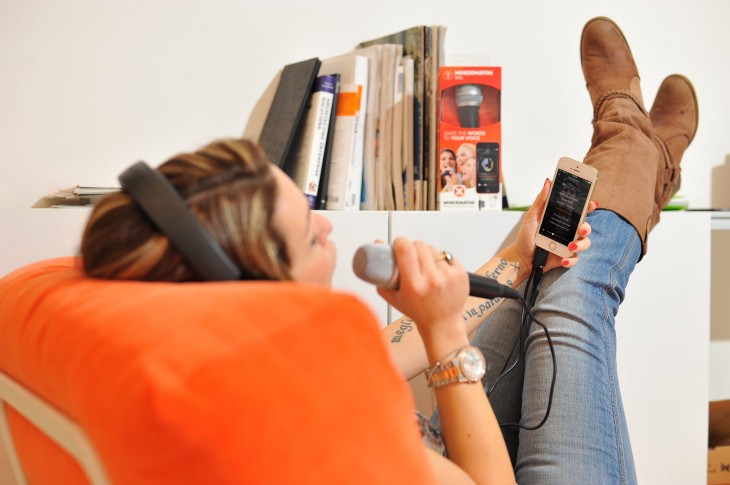 MusiXmatch, the app that bills itself as the world’s largest lyrics catalogue, has been download on iOS devices more than 20 million times, and to celebrate the ocassion, the company has launched the MusiXmatch Mic.

While reaching the 20 million milestone is an achievement in itself, not too many apps take to integrating hardware such as a mic to augment the experience.

Currently compatible just with iOS devices, the mic plugs into an iPhone or iPad and provides the lyrics for users to sing along to tracks in their existing music library. Following today’s update to the app, users can also now remove the song’s vocal track in real time and sing along over the top, listening back through headphones, a connected music system, TV, or just out of the device itself.

Other updates to the app include bug fixes and a new artist page.

The mic comes bundled with one year of ad-free MusiXmatch access and two months access to Live Pass, which lets you sing along with the tracks on your phone, as described above. It’s available now and costs £79.95/€79.95/$79.95. You can get it through the MusiXmatch or Amazon websites.

Read next: Confirmed: PlayStation 4 and PlayStation Vita bundles will be sold in the UK for under £500