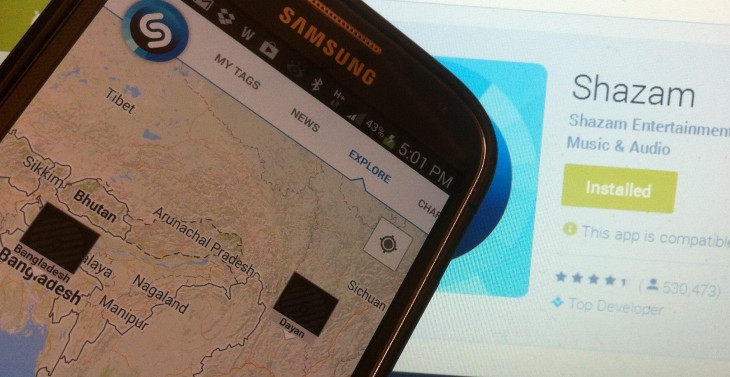 Six months after Shazam first introduced the feature for iOS, interactive maps have finally arrived for Android users too.

Here’s what Shazam looked like before the latest update on the left, and you can see from the image on the right there’s a new ‘Explore’ section.

Interactive maps essentially let you see the most tagged tracks where you live, and scroll a map of the world to see what’s popular by country and city. It’s worth noting here that this will only be available on Android OS 4.x and above.

With the latest update, you can also now download and play your tracks on Amazon and Google Play.