Line announced on its blog that Line Camera, the photo app complementing its Line messenger app, has exceeded 50 million downloads.

The app’s popularity can be partially attributed to its affiliation with the popular Line chat platform, but it is a neat photo editing app with functions that can rival that of other standalone camera apps. 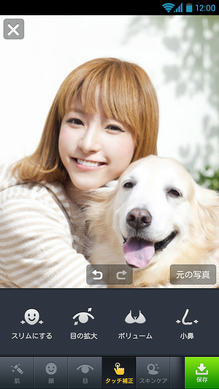 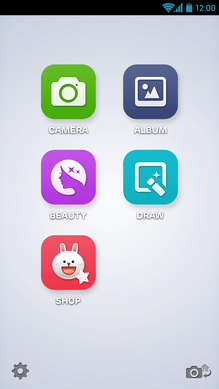 We recently looked at some of the beautifying photo apps in Asia, and Line says it will extend the touch-up features within its camera app next month. Users will be able to adjust skin brightness and smoothness, remove acne and other blemishes.

So you can go ahead and make your face smaller, nose sharper or eyes bigger — if you’re going for the doll look. From the screenshot above, it looks like you can even adjust the volume of your breasts…if you’re so inclined.

Read next: Cult game Clash of Clans headed to Android, as beta is quietly announced