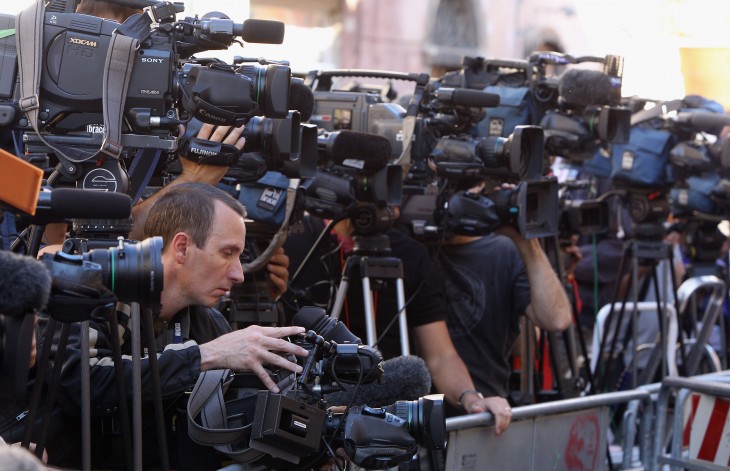 Yesterday word got out that MixBit, the new video app from original YouTube co-founders and current AVOS honchos Steve Chen and Andrew Hurley, was launching on iOs and the Web, thereby entering the ring in the burgeoning social video space.

A leading voice has yet to emerge in social video. Vine and Instagram‘s video option are both in their infancy, and while both have been well-received, neither has seen mass adoption.

MixBit differentiates itself from the competition by zeroing in on content creation and discovery. It’s by far the least personality-driven of the three platforms, and as a result, the actual videos aren’t outstaged by accompanying text and the creator’s social narrative. The content, for once, gets a chance to shine.

MixBit has a significant online component, but the core of the user experience starts on mobile.

Making videos with MixBit is a snap, and this should come to no one’s surprise – just tap and hold to record a clip, remove your finger to finish recording, and tap again to record a new clip. Clips can then be trimmed down and re-arranged during the editing process.

In a clever design touch, individual clips are assigned a specific color that appears in the media player. We’ll see how this becomes useful later on.

Below is a simple video we’ve made with an iPhone.

Unlike Vine and Instagram, videos on MixBit can last up to about one hour. This is a significant difference – browse through the “Featured” page on MixBit’s website and you’ll notice that a lot of the videos, while concise, aren’t as rushed as those on Vine or Instagram.

The unique thing about MixBit is that users can grab individual clips from other videos they discover, and then use those clips to make new “remixed” videos. Checkmarking a box on an individual clip will save that clip to the user’s library, where he or she can retrieve it to place it in another video.

Here’s a remix I’ve done up that merges my previous video with a clip I found on the “Featured” page on MixBit’s website, made by someone much cooler than myself if those sunglasses are any indication.

MixBit’s opens the door for possibilities in social video that its competitors haven’t yet optimized.

For one thing, the lack of a time limit for clips and videos is a huge asset. I’ve always found videos on Vine a bit rushed – even the silliest entries can feel as if they’ve been diced up too quickly, and the punchline gets lost in the frantic pace. MixBit thankfully gives its creators a little more breathing room to capture a moment or tell a story in its entirety, while still keeping footage as concise as necessary.

Furthermore, the only social mechanisms on MixBit are tagging, location, and remixing. The former two aren’t even fully functional yet, as there’s no search bar and the tags aren’t linked at all. There’s no “follow” feature, nor is there any way to identify the creator of any video. And there’s also nothing resembling a like, comment, or retweet.

I’d argue that this will only help MixBit develop an active userbase. By letting its users create longer videos that people will actually want to watch, the platform justifies its existence. In addition, remixing allows more passive users to engage socially without having to contribute actual footage.

As for virality, MixBit for now seems content to let view counts determine what sits at the top of the “Featured” page and what gets left behind. This might make MixBit seem like it’s in the dark ages compared to Vine and Instagram, but recall YouTube – that behemoth video platform created by the current MixBit team has notoriously weak social features (anonymous comments, anyone?), but people still flock to it. Why? Because that’s where the good content is.

MixBit has only been live for a day, and we should expect it to evolve socially as a community emerges. For now, keep it on your radar – some fascinating videos are bound to show up in due time.