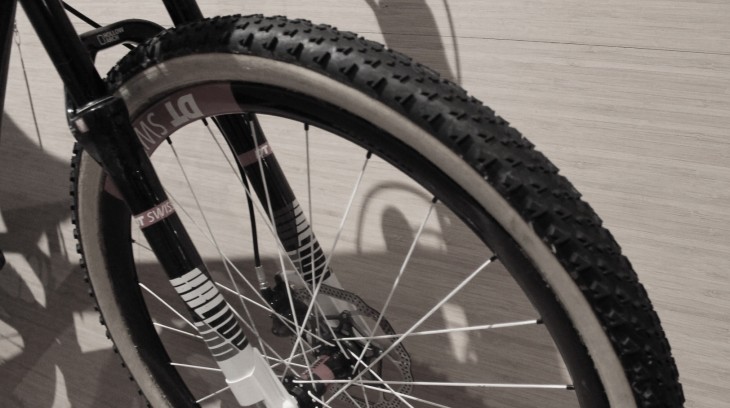 It’s been more than a year since Spinlister launched its ‘Airbnb for bikes’ in New York City and San Francisco. And a lot has happened to the peer-to-peer bike-sharing marketplace in the 16 months since it first opened for business.

Following the US-wide rollout announced in September, Spinlister then rebranded as Liquid before being closed down completely and then brought back from the dead in April as Spinlister by one of its seed investors. Founders Will Dennis and Jeffrey Noh, it seems, moved on to enjoy other pursuits.

In its original guise, Spinlister was a Web-based service that let users hire bikes from other users. So, for example, you rock up in New York looking for cheap access to your own wheels for a couple of days, and Spinlister would sort you out.

Now, in the wake of the great resurrection, Spinlister has unveiled its first mobile app and opened globally. We caught up with original seed-investor and incumbant CEO Marcelo Loureiro to get the lowdown on where things are at, and where they could be going.

Spinlister spins back into town

Spinlister has bikes listed from its users in all major US cities, as well as in some smaller ones. “We have 1,500 bikes listed in the US and Canada, and listings are consistently growing,” explains Loureiro.

You simply indicate your city of choice, your size, style of bike and you’re good to go.

Prices range from anything between $10 to $25 a day, though this obviously can be more or less depending on the bike and the perceived ‘value’. And all prices seem to be in US dollars which isn’t ideal, but given this is still technically an early-stage startup looking to gain traction, localized currencies can come later.

You arrange to meet up with the owner, shake hands and exchange the goods. It is very much like an Airbnb for bike-rentals, insofar as a lot of it is based on trust. The more bikes you rent or borrow, the more reviews you receive and the more your trustworthiness grows in the eyes of other users.

While the service is indeed now open globally, there is one significant caveat for the time-being. In the US and Canada, an insurance-based set-up means that if a bike is damaged or stolen during a rental period and the renter is unable to reimburse the money, Spinlister covers the cost up to $5,000.

This isn’t yet available outside of North America, but Loureiro says this should hopefully be remedied soon. “This is the next step, and we should be insuring European bikes in the next couple of  months,” he says. “I just need to have a bit more scale and make sense of insurance in each country.”

The launch of a mobile app is, of course, crucial to such a service. Now, you can decide at the last minute that you’d like to borrow a bike for an hour, day or week through the native app, optimized for iPhone and iPod touch.

You can search by size, type, location, availability and cost, as well as listing your own bike should you be going out of town for a few days and wish to monetize it. An in-app messaging system also lets you ask and answer questions before proceeding with a rental.

There’s no question that Spinlister could and should prove to be a popular service around the world, tapping in to the growing trend of similar peer-to-peer services that cover everything from temporary accommodation (e.g. Airbnb) to getting your house painted (e.g. TaskRabbit).

But if Spinlister has already built a platform to facilitate short-term bike-hires, why couldn’t it be used for just about any other kind of product? Well, that’s exactly the road Loureiro tells us he’s looking to go down.

“Our next big step will be to open the service for winter sports listings – we are working now on catering for snowboards and skis,” he says, adding that this could be ready as early as October/November time this year. This will then be extended into surfboards and even skateboards.

“Our goal is to be the global hub for peer-to-peer outdoor sports gear rentals,” he says.

Spinlister is open for business globally now, and the iPhone app quietly rolled out a couple of weeks ago. An Android incarnation should follow suit by the end of August 2013.