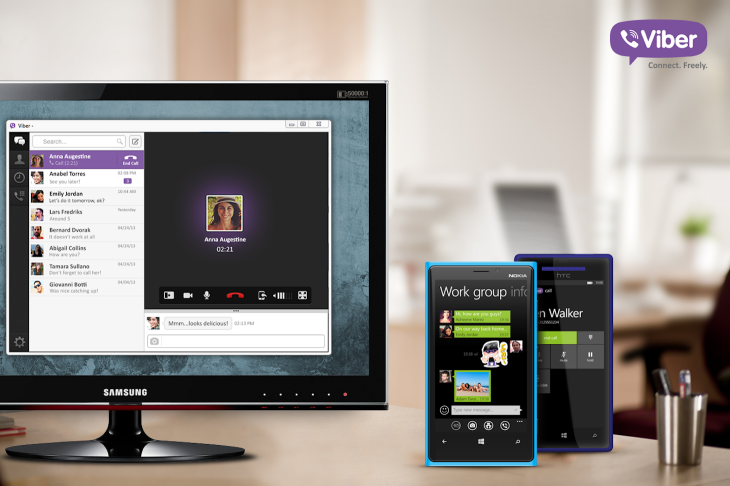 The new versions of the software bring deeper integration between Viber Desktop and the Windows Phone app, as well as added support for stickers, emoticons and other features.

Additionally, the company announced that over 500,000 users download the WP8 app every month.

The company announced that it hit the 200 million registered users milestone back in May this year, so obviously the bulk of its user base is using the iOS and Android apps for Viber, but it’s not such a terrible installation number for a relatively new app.

Commenting on the new versions of the desktop and WP8 apps, Viber CEO Talmon Marco said:

We have focused on bringing Viber to multiple platforms, ensuring our users can communicate freely with as many of their friends as possible. Today we are very happy to bring important updates to two of those platforms, ensuring full compatibility between the Windows Phone and Desktop versions of Viber.

In addition to the popular stickers and emoticons, key new features of Viber Desktop include full support for group messaging, the ability to see who ‘is typing’ a message in a conversation, redesigned conversations list, better pop-up notifications and more.

The fresh WP8 version of Viber features a native interface that has been specifically tailored for Windows Phone devices, including a native call screen and support for live tiles.

The release of the new mobile app for Windows Phone also brings a number of performance enhancements and bug fixes.