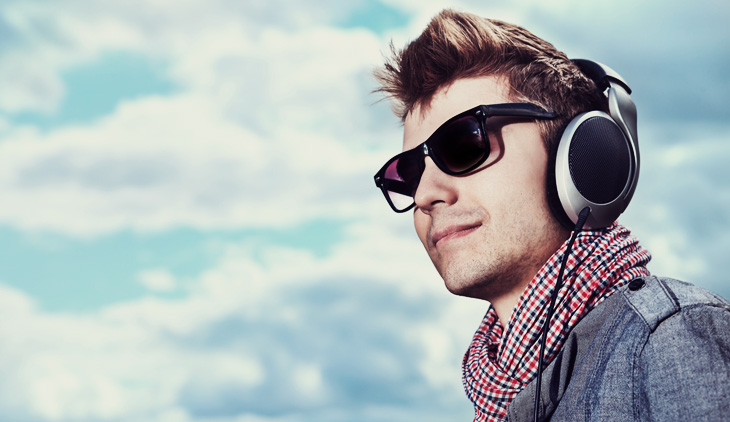 Audio fiends will love this: #nwplyng (iOS and Android) lets you identify and share what you’re listening to with friends on the app’s own network as well as Facebook, Twitter and Foursquare, and awards you badges for all your hard work. Users can list tracks by searching manually or by letting the app’s music recognition component hear and identify the track from any audio source, similar to what Soundhound and Shazam do. Plus, you can share more of your musical moments by tacking on comments, location data and pictures to your tracks.

Sure, we’ve always been able to share our listening habits via our smartphones, but what’s new here is that nwplyng adds a layer of gamification that incentivizes users to engage with the app more often and increases social interaction around music. Besides the usual badges (called Records) that can be unlocked through frequent use, there are also special Artist Records for true aficionados — the most notable one in rotation at the moment is the Daft Punk record which can be unlocked by sharing 12 of the electronic duo’s lesser-known tracks (including Television Rules The Nation). Users can look forward to many more of these secret unlockables in the future.

Born out of founder-CEO Utsav Agarwal‘s desire to share what he was listening to while taking in the majestic sights of US national parks, the app came together in India, where nwplyng was incubated at the country’s prestigious government-backed program Startup Village last year. Agarwal recognizes the importance of quality design and usability — rare for an Indian product, but nonetheless essential for one that will attract traffic from Europe and North America. He and his team have been influenced by industry-leading design ideas from those behind Facebook and Path, among others.

Nwplyng also embraces the idea of pulling in content from existing reliable sources, in an effort to maintain a lean profile as a startup — audio identification is currently powered by Gracenote, and YouTube videos automatically accompany shared tracks from users. Future plans on the app’s roadmap includes displaying artist data and concert schedules, all of which will be sourced from third-party providers.

While gamification is a great way to get people hooked on an app, it’s not the only prerogative that nwplyng has for its user base — all the Records and the roster of artists that a user ‘manages’ will help others get a better idea of what that user’s taste in music is like, and then decide whether to follow them and check out their shared tracks. This will tie in with the app’s upcoming Explore feature, which will allow users to find music and users, as well as integration with streaming giants Spotify and Rdio (which is still in the works).

Nwplyng is already up against heavy hitters like Soundtracking and This Is My Jam, but the team is hopeful that they will win out in time with their focus on crafting a quality experience for users. “We’re not really looking at major monetization plans just now,” says Agarwal, who added that they really want nwplyng to help people find music in a more personal and more ‘human’ way than the current crop of recommendation engines allow.

To this end, the developers will also leverage the power of hashtags in users’ comments that accompany songs, so as to help create connections between artists and tracks that will let users find music they will enjoy based on their mood or niche interests. Agarwal hopes that over time, nwplyng will become the app people think of when wondering about what they should listen to next.

The app is currently available for free across markets for iOS and Android.