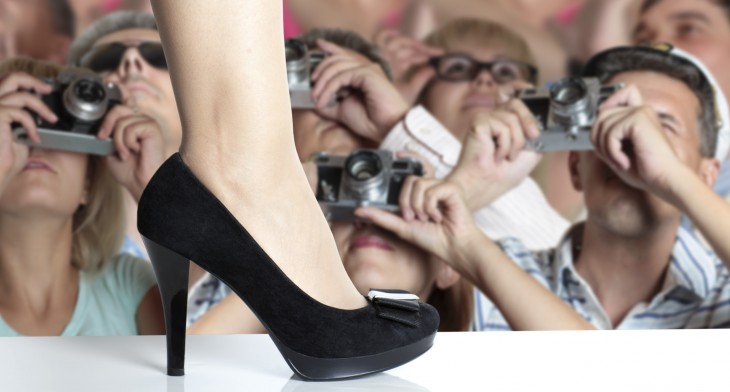 Crowdstar, a developer known for its games targeting the young female demographic, has released Covet, a new app that lets women buy virtual versions of clothing and accessories from top brands.

Covet, a freemium app, offers users an allowance of virtual currency that they can use to shop for digital apparel from more than 60 real-world fashion brands. Users can mix and match outfits on mannequins and then submit their ensembles to themed events, where they’ll be rated and discussed. The app is live in a few select markets before launching globally later this month.

Crowdstar CEO Jeffrey Tseng described the project in an interview as an app with “game-like qualities”, noting that the goal was to create “the ultimate fashion experience on mobile.”

The tie-in with real designer labels is a wise move for Crowdstar, as it carries with it plenty of monetization options. Users that purchase and wear items of clothing within Covet are engaging with brands at an extremely deep level. Direct links to purchase the real clothing and upcoming social sharing features to services like Pinterest make the app a marketer’s dream come true.

“[Covet] lowers the friction toward purchase because users are able to interact much further with the item,” Tseng said.

Crowdstar has plenty of fashion experience with games like Top Girl and Top Stylist, but this is its first foray into working exclusively with real brands. The company will also court celebrities to have them create their own styles and provide fashion advice within the application. Fashion stylist Rachel Zoe has signed on as Covet’s first “Style Ambassador.”

Covet has landed on both tablet and smartphones, but Crowdstar is focusing on the tablet version, as it believes it offers a superior experience.

For now, the company will monetize the game through virtual currency and goods, rather than advertising and affiliate fees. It’s a surprisingly generous move, in my opinion, but it should help the app from becoming too cluttered with calls to action.

“What we’re trying to do is bring a lot of value to the brands that we work with,” Tseng explained.

The industry responded very quickly to the idea when approached by Crowdstar about Covet. According to Tseng, brands were looking for ways to place their designs more prominently on mobile and tablet devices, so they jumped at the opportunity.

When I asked whether Crowdstar would consider adding in men’s fashion, Tseng didn’t dismiss the idea, but he was clear that the app is focusing first on the female demographic. That’s fair enough, but I could still see how women might enjoy playing around with styles for the men in their lives and then sharing it with them as a visual shopping list.

While mannequins will have customizable hair, makeup and skin tone, options are still fairly limited. Crowdstar opted to dedicate its resources to rendering and layering the clothing so it looks realistic, but doing so meant that it had to work with a single body silhouette. That seems like a missed opportunity, as an app that would visualize real clothes on an individual’s likeness could be extremely sticky.

Even so, Covet’s unique way of melding physical goods with a mobile virtual world has a solid shot at becoming a hit. The app’s not built for me, but I’m still happy to see this kind of online-to-offline interaction moving forward.