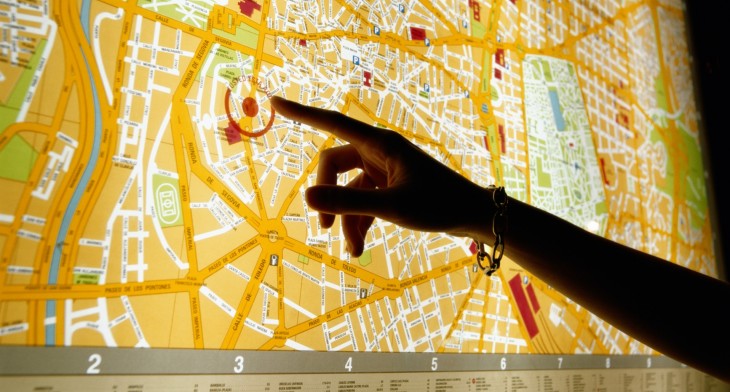 The day after Google previewed an all-new Google Maps for iOS and Android (as well as a desktop incarnation), Skobbler has finally brought its popular iOS GPS navigation app to Android.

Founded in 2008, Berlin-based Skobbler produces a number of map-based products for iOS, Android, Nook and Kindle Fire. The startup taps OpenStreetMap – the user-generated, collaborative project that’s striving to produce editable maps of the world – for its location apps, which include ForeverMap 2 (cross-platform) and Navigation 2, which thus far has been iOS-only.

The main difference between ForeverMap 2 and Navigation 2 is that the former doesn’t have turn-by-turn directions – it’s more about maps and points-of-interest. For true navigation, its eponymous iOS app was where Skobbler directed you. Now this is available for Android, we thought we’d see what it’s all about.

As with the iOS version, GPS Navigation & Maps for Android delivers global mapping offline functionality, including turn-by-turn navigation with voice-prompts.

Costing $1 or your local currency equivalent, the app comes with one free offline country map to download. There is also a free trial version of the app which will give you access for 14 days. Also, existing users of ForeverMap 2 will receive a free upgrade to GPS Navigation & Maps.

While Google Maps is pretty much indispensable where there’s a connection, it’s not so great sans Internet. Offline routing and turn-by-turn navigation is where Skobbler is coming from, and reckons it can “exploit the weaknesses” of established alternatives, which includes Google Maps and higher-priced GPS apps such as TomTom. Indeed, price aside, TomTom doesn’t offer a choice in terms of regions that can be used online and which offline.

Of course, with Skobbler, there is the obvious downside that you’re relying on user-generated maps which might not be quite as reliable. OpenStreetMap (OSM) is essentially a Wikipedia-inspired mapping system that taps users-generated GPS data, aerial photography and other sources, which is then made available under an Open Database License.

Online, the app works exactly as you’d expect any navigation app to – you can search for points-of-interest, post-codes, addresses and everything in between. Turn your WiFi and 3G off, however, and the app uses GPS to give you a route and directions – the fact that it uses GPS means this is free.

If truth be told, it didn’t always detect a GPS signal for me – but when it did, it seemed to work pretty well. This was in the UK, so I haven’t yet been able to test this out internationally.

You can peruse your installed maps, including countries and cities. A typical country will weigh-in at around 200Mb, give or take.

The app uses Skobbler’s proprietary NGx map engine, which it calls the “most powerful and versatile digital map engine in the world.”

The potential for this app is significant – you have access to all maps while online, and access to downloaded maps, with navigation and routing, while offline.

“Being the first and only company on the Android platform to offer full online and offline capability for both mapping and navigation, we hope both new users and our existing customers will be won over by the high performance and flexibility GPS Navigation & Maps offers,” says skobbler CTO Philipp Kandal. “We’re already working on future updates and have a few powerful additions lined up to improve the app’s functionality and flexibility even further in the coming months.”

Given the price and offline capabilities, Skobbler’s latest Android launch is definitely worth your time (and money). But where there’s 3G, Google Maps is yet to be trumped by a long way.

Both the full version and lite version are available to download from Google Play now.

Read next: YouTube rival Dailymotion taps Joshfire to let creatives in the US build their own apps