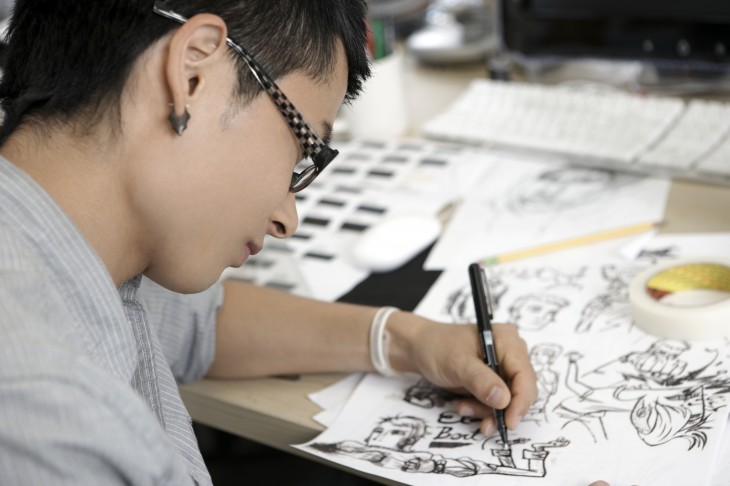 Some apps set out to solve a problem, some entertain, and others strive to educate.

The Animator’s Survival Kit for iPad does all three, in what can only be described as a sublime and spellbinding app from Richard Williams, courtesy of Faber and Faber.

Williams is the genius behind the original 2009 print version of The Animator’s Survival Kit, a book that brings techniques, tips and tricks to budding animators. He has won countless awards across his career, including Oscars, but he’s perhaps best known for his work on 1988’s Who Framed Roger Rabbit.

Before you read any further, however, we must divulge two important points about this eBook/app. While there is a free sampler version to whet your appetite, the full version weighs in at a hefty $34.99. Oh, and it’s a whopping 896MB too.

Given the price, it’s fair to say The Animator’s Survival Kit is only for those who are serious about honing their animation skills – it’s a pro tool. But even an artistic Luddite like myself can appreciate the work that has gone into this, and I found myself itching to try my hand at a little bit of sketching after using this app for just a couple of hours.

Before we take a closer look at this app, it’s worth noting that while it is a niche, it nabs our Pick of the Day accolade because it epitomizes everything an eBook-app crossbreed should be. It uses the full capabilities of the iPad’s processing power and screen to deliver a visually stunning, entertaining and enthralling masterpiece.

The opening demo screen is a marvel in itself. Williams has actually taken the front cover from the original book, and worked backwards – he has each character entering the scene one after the other, demonstrating the skills required to make cartoons really come to life.

After about 2 minutes, all the characters are present – each walking on the spot in their own unique way – and you’re ready to start learning. Watch the opening skit for yourself here:

Williams actually says – half-jokingly – if he’d known at the time he wrote the book he was going to have to animate the front cover further down the line, he’d have made it much simpler!

The main home screen has two sections – ‘The Kit’, which is where the learning takes place, and ‘Extras’, which includes a few bonus features from the pencil of Williams himself.

In the main section of the book, you can skip to any particular chapter you wish to focus on.

The eBook is strewn with animation examples, and also with videos of Williams talking directly to the camera, explaining the background to some of the disciplines of his art.

Using sketches and simple animations, Williams guides readers step-by-step through specific techniques – such as how to produce runs, jumps and skips.

Then there’s how to create the effect of a bouncing ball accelerating/decelerating as it rises up and falls down again.

He even shows you how to produce a simple walking character.

The app contains more than a hundred original animations by Williams, and features a simple “slide to animate” control that lets you see exactly how an animation was created frame by frame.

In the Extras section, you can peruse through four different ‘features’, three of which have a video with Williams explaining the back story to each animation. You can also watch the spellbinding animation from the intro screen again, if you so wish.

‘Silent Film’, for example, is a 45-second skit featuring famous faces from silent movies all morphing into each other.

Williams, through Faber and Faber, enlisted the help of Agant, a UK-based app development firm, to produce The Animator’s Survival Kit. And it’s clear from our initial dabblings a lot of work has gone into making it as beautiful as it is.

The near-900MB size may require you to shift some other apps or music from your iPad, but if you’re a budding animator with a spare $35, you won’t regret it.

It’s also worth mentioning that you’ll need more than 900MB to install the app – when I tried to download it, with 1.6GB spare on my iPad, it said there was insufficient room. It seems likely that during the installation process, it needs to download an additional zipped file, decompress all of the individual book page files and animation files, and move them all into place, which requires more space. At least, that’s what Dave Addey, Managing Director at Agant, hypothesizes.

The app may be huge, but it’s all self-contained – no Internet is required to access the animations and videos. “We were determined to keep everything onboard in the app, so that you can use it instantly and responsively wherever you may be, regardless of network conditions,” says Addey.

“The app is a professional tool for working animators, so it needs to work no matter what the network conditions are in the studio,” he continues. “Compressing everything down took a good chunk of the project’s development time, but led to a much-reduced file size, without affecting the app’s quality.”

Addey says that one of the biggest challenges was preparing the animations for in-app use – there are 106 animated examples in total, which were originally created for DVD where file size isn’t so much of an issue. The team at Agant “cleaned” these videos in Final Cut Pro to optimize them for use on an interactive iPad app, which took weeks to complete. “But the end result is well worth the effort, and reduced the app’s overall file size too,” says Addey.

If you’re looking to check it our for yourself, the free incarnation gives you two full chapters from The Animator’s Survival Kit – ‘More on Spacing’ and ‘Dialogue’ – and incorporates 14 animated examples.

The full version is available to download now for $34.99, or your local currency equivalent.

Read next: Socialbakers denies report that 'millions of users' have left Facebook, says ‘there is no story'